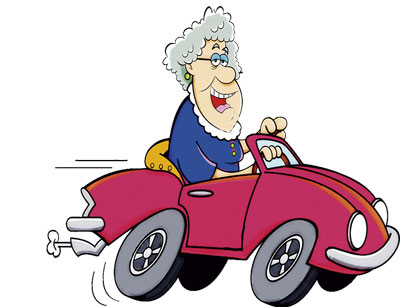 Last Monday I took a cab from the corner of Farmacia Guadalajara in Ajijic, to my doctor’s office in Riberas. Traffic was crawling in each direction bumper-to-bumper. Usually, it opens up around the horrible and dangerous intersection at Walmart. But it did not. Both sides of the street were clogged as we went east toward Chapala. It was still clogged past Super Lake, and Paninos. It didn’t start moving until a block before San Antonio Hospital.

The return trip was not much better. Cabs and ubers are taking lateral roads, and back roads through town, but still, they must at some point reach the Carretera. At Lakeside we have grown used to tianguis traffic, and the weekend invasion of the Guadalajara visitors to their Lakeside homes. The high season brings back more people and more traffic, but it is now the clogged season.

There are simply too many people on the road. Too many two-car households. Too few using the ciclopista which helped to narrow the road and cause parking and driving problems. Too many motorcycles weaving in and out of traffic. It’s getting dangerous out there.

The stop lights don’t work, and it can take weeks or months to fix them. Why? The infrastructure in this area was not made to handle the population. And yet developers keep on coming.

The only thing “Magic” about Ajijic is if you can make it from one end to the other in under an hour. “Rush hour” traffic doesn’t exist. t’s “Rush day.” All day. Pedestrians are making it safely across the streets, but where there are stop lights, drivers do not wait before entering the intersection. The streetlights turn green, but traffic is still at a stand - still because there are cars still sitting in the middle of the intersection. Don’t do that! It blocks traffic both ways…those waiting to enter cannot. I have sat through two maybe three turns of the traffic light before I can get through to make my turn onto the street. That’s not right. We are all smart enough to know we need to wait for a car length to open up before we cross into the intersection when the traffic is bumper-to-bumper.

And the horns. Please. When the line is kilometers long beeping your horn isn’t going to move the traffic.

So now desperate drivers are taking matters into their own hands. When the opposite lane seems free they will drive as far ahead as they can and either try to re-enter the traffic lane or turn off the road at a street. Or people are driving the parking areas as far as they can to get onto the Carretera. Especially in Riberas. As the locals say, muy peligroso, very dangerous.

Of course, all the use of the alternate roads isn’t helping to keep them in shape. Holes are getting larger and deeper. And the residents are not happy about the diverted traffic.

And yet the developers keep coming. They destroy the beauty that was our area by developing the hills. Their trucks ruin the road, their wells dig down into the hills, their development diverts the natural path of the water during the rainy season, and when we experience huge tormentos, about one every 10-15 years, landslides not only damage the hills, and run into and across the Carretera, but they take with them the homes of those who live on the mountain and hills. Hundreds of homes were damaged this year, thankfully no one was killed by the storm itself, but many people had no choice to remain in the wet homes while they tried to repair the damage and grew desperately ill.

What can be done? First of all, we need to take responsibility for our part of the problem. Drive only when necessary. Limit the amount of driving. Limit the number of vehicles we own, use alternative transportation when we can. Carpool, and obey the traffic laws. We need to let our public liaisons know that they need to figure a way out of the problems with the traffic. What are our government officials doing about it? Can’t they change the lights more swiftly when they go out? Can’t they put traffic police out into the intersections that get clogged up? Can a traffic task force be put together to identify the areas with the most problems and address them for more solutions?

We moved here 16 years ago, before Walmart and Centro Laguna.  Before more developments were built. And at least for me, Ajijic has lost its “magic.”