Did you thank the Irish? 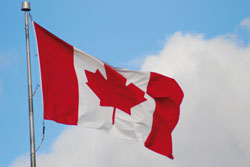 In the 1850s, the United Irishmen and their militant arm, the Fenian Brotherhood, correctly forecast that the political climate in the United States was going to lead to a civil war. When war came in 1861, the Fenians had raised military units comprised of Irish immigrants in the major cities of the eastern and southern states. These units joined both sides in the war with the goal of gaining the experience and skills necessary to fight England for Ireland’s independence.

The leadership of the Fenians, John O’Mahony and William Roberts, believed that a successful invasion of the Canadian provinces, known as British North America, would give them leverage and bargaining power in their struggle with England for Irish independence. In April of 1866, a group of 700 members of the Fenian Brotherhood massed on the eastern coast of Maine at Eastport for an attack on Campobello Island, New Brunswick. Campobello controlled access to the Bay of Fundy and the Maritime provinces of New Brunswick and Nova Scotia.

Before the invasion began U.S. forces arrived and dispersed the Fenians. Although the attack never took place, the people of New Brunswick and Nova Scotia saw their vulnerability and began to campaign for a Confederation of Canadian provinces. Prior to this, the Maritime Provinces had been unreceptive to joining the other provinces.

The Fenian forces then adopted the name, the Irish Republican Army, the first use of this name and wore green uniforms with buttons embossed with “IRA”. The IRA had secured an understanding with President Andrew Johnson, formerly President Abraham Lincoln’s Vice-President, that U.S. forces would not interfere and would recognize, “any accomplished facts”. The U.S. had sold the IRA all of its weaponry including 3 warships in Brooklyn harbor. The IRA assembled along the border of Canada under the command of Major General Thomas, “Fighting Tom”, Sweeny. The strategy was a three-pronged attack on Montreal, Quebec City and Toronto.

On May 31st, 1866, an advance party of 1,000 to 1,300 troops under Colonel John O’Neill crossed the Niagara River near Buffalo, New York into Canada. The IRA forces captured Fort Erie and cut all telegraph lines and the Buffalo and Lake Huron railroads before they proceeded inland. In March of 1866, 10,000 Canadian Militia had been placed under arms to counter the Fenian threat. This militia was ordered to defend against the IRA advance from Fort Erie.

On June 2, at Ridgeway, Ontario, the Canadian Militia and a company of the Queens Own Rifles were defeated by the IRA and forced into retreat. Shortly after the IRA had crossed the Niagara River, the U.S. Navy gunboat, Michigan, prevented supplies and 5,000 reinforcements from crossing into Canada.

Colonel O’Neill’s forces without supplies and reinforcements rested at Ridgeway and then returned to Fort Erie. Before reaching Fort Erie they were attacked by another Canadian force which they defeated and sent into retreat. The IRA left Fort Erie and crossed back into the U.S. where they received a hero’s welcome.

The last major attack by the IRA was led by General Spier and his Executive Officer, General Mahon with a force of 1,000 men. They crossed from Vermont into Canada on June 7th defeated the Canadian forces and occupied Pigeon Hill, Missiquoi County, Quebec. They plundered several nearby towns and retreated to the U.S. when the U.S. Army seized their supplies in Vermont.

Unknown to the Fenians and their U.S. supporters, President Andrew Johnson had been in reparation negotiations with Britain for their support for the Confederacy during the Civil War. As a result of these negotiations, strengthened by the U.S. actions against the Fenians and IRA, the British paid the U.S. $15 million dollars. The American people, angered by President Johnson’s betrayal of the Fenians demanded his impeachment. He survived the congressional impeachment by 1 vote.

The Fenian action failed to end British rule in Canada and did nothing for the cause of Irish independence, but a few months after the attacks, the Canadian provinces united as a confederation under the British North American Act of 1867. The battle of Ridgeway became known as, “the battle that made Canada.” 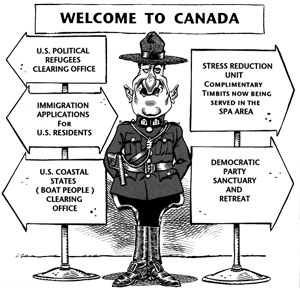 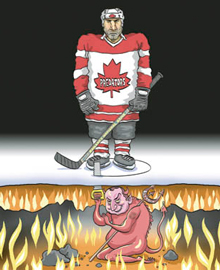