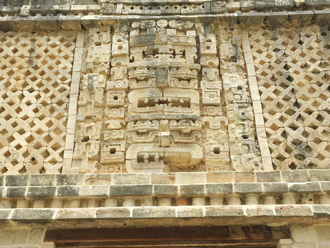 Ask most travelers where they’ve been in Mexico, and many will answer ‘the Yucatán.’ They are right of course, if they mean the thumb-shaped, flat shelf of porous limestone that separates the Gulf of Mexico from the Caribbean. But Yucatán (you-cah-TAHN) is also the name of the peninsula’s western most (and smallest) state.

In the best sense of Mexico’s current promotional slogan, Yucatán State is truly a ‘world of its own.’ Its smaller size in no way diminishes the state’s calling for Mexico travelers, both novice and experienced.

What you will find are timeless encounters with an endearing culture that today thrives despite modern encroachments. The Mayans are often seen stereotypically as a vanquished people, a once-great culture that left behind archaeological relics but little else. Nothing could be further from the truth in Yucatán, or for that matter throughout the Mundo Maya region.

Yet Yucatán is different than Mexico’s other Mayan-influenced states. Here, a major commercial hub and urban area (capital Mérida) swirls with sights, sounds, smells, flavors and genuine Mayan ethnicity. Mérida (population approaching one million; metro areas closer to 1.5 million) is the most Mayan urban area in the Americas.

In the late 1800’s, Yucatán was known for its ‘green gold’: an agave-like plant called henequén that was cultivated by Mayan serfs working extravagant haciendas. They converted natural fibers into rope and twine shipped around the world. The wealth created made Mérida one of the world’s affluent cities. Today hundreds of estates lie nostalgically silent; some have been reborn as elegant, hacienda-style resorts – some of Mexico’s most unique places to stay.

Even the language is different here, as the Mayans of Yucatán (when not speaking Mayan) have turned Spanish into a joke-filled, limerick-laced linguistic hybrid that any Mexican can spot instantly. Mérida is hip, too. A full calendar of live performances, street fairs, and culinary innovation put Mérida far ahead of other Mundo Maya destinations.

Yucatán invites visitors to venture on day trips from Mérida. A rich assortment of small Mayan towns and villages are delightful; home to mostly small-scale farmers living in rustic, well-tended traditional homes. The hammock (a Mayan creation) is in every home; even many city dwellers opt for the hamaca over a mattress.

Towns often sit astride either ancient Mayan cities or abandoned commercial haciendas, with a freshwater ‘cenote’ well ideal for a cooling dip. These places are pristine and uniquely Yucatecan: clean, white-walled colonial era buildings, a lively town square, a Catholic Church and bustling commerce. The State also has one of Mexico’s best road and highway systems; self-guided exploration is safe and pleasant.

With daily non-stops from Guadalajara, it’s a great time to explore the ‘other’ Yucatán.