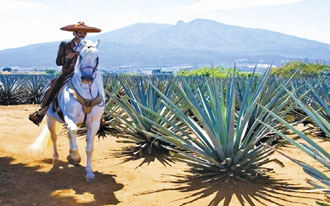 I’ve been so upset about the disconnect between the perception of Mexico in the United States and the reality of life in Mexico. When we first decided to move to Mexico, our family and friends were very concerned.  First they thought we had lost our minds.  Then they were worried about our safety.

That was many years ago.  I thought that the exaggerated news coverage would die off.  It did not. I wrote an article comparing the violent crime rate in my former hometown to Jalisco, Mexico. Even with a much smaller population, the crime rate was greater than the entire state of Jalisco, Mexico.  And still people are concerned.

As recently as today, as I write this column, I am again disappointed in finding that people in the United States cannot get past the fear-mongering of news reports. As a volunteer for a non-profit event, one of our featured participants cancelled citing the violence in Mexico. Apparently a recent article published in the New York Times about the crime situation in Mexico and then the State Department issued a warning, asking all American citizens to limit any non-essential travel Mexico including the State of Jalisco.  This was the basis for the decision not to come to Mexico.

I read the article, which led with high levels of violence Ciudad Juárez, and discusses real problems in Mexico, 17,063 homicide cases in Mexico (source not quoted) It didn’t bother to state that the USA homicide rate for 2015 (the latest accurate figures are available according to the FBI) as 15,696.  And the State department did not identify the small portion of Jalisco, which is far from the Lakeside/Guadalajara area that experiences problems from time to time.

Once I asked the US Consulate representative why the State Department warnings are always so dire. The answer was what you might think. Most of the time, it is to cover their backsides in case something does happen, so that they could not be held liable.

I can tell anyone who will listen that I feel safer in Mexico in my neighborhood than I ever did living in the Twin Cities in Minnesota. And I wasn’t too concerned about crime there, but I never walked at night, and there were places I just wouldn’t travel to. I use the same common sense here in Mexico.

I feel badly that our speaker will not be coming. I wanted to share the bounties of life here at Lakeside; our beautiful sunrises and sunsets, the lake, the mountains, the gardens, but mostly, I wanted to share the magnificent hospitality of the Mexican people, the rich culture, the beautiful artwork, and the extremely talented and inspirational people who live here.

But I am sure that the same can be said of certain other places in the United States itself. Some have indicated no desire to visit Chicago, Washington D.C., or New York City. Even though that means not seeing the Museum of Science and Industry, the Smithsonian, or Broadway plays, eating in fine restaurants, and experiencing the positive things that these places have to offer. By allowing the fear of the negative publicity of an area, or a group of people, we deny ourselves the experiences of travel, discovery and growth.  We close ourselves off to learning experiences.

My advice to everyone is to live life as if each day were the last. Take risks, be adventurous, visit Mexico and see all that it has to offer.  Talk to people who live here, and don’t believe everything you read in main stream media. Mexico is beautiful!