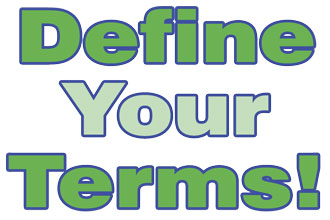 Exactly when it happened is still in dispute, but happen it did and thereafter liberals suddenly were regarded by some as only a few steps up from child-molesters. Yet given the definition in most dictionaries of a liberal, i.e., “generous ...tolerant, broad-minded, favoring reform or progress...,” it would seem a most worthy thing to be.

In keeping with that definition, the liberal movement has been responsible for a great majority of the social and economic advancements of the past 100 years. Go back to the birth of Social Security, the right of  African-American soldiers to fight alongside white ones, school integration, the GI Bill of Rights, the War on Poverty, the Civil Rights Act of 1964, Medicare, Operation Head Start, child labor laws, banking reforms, the fight for universal health care, the minimum wage, (which disgracefully hasn’t truly increased in real value over the past several years), environmental safeguards, female suffrage, and equal rights and protection under the law. Courageous liberals were in the advance units of each and every one of those noble crusades.

Today, liberals, conservatives and independents all enjoy the benefits of those historic battles. Still, some, while grudgingly conceding most of the above, have fallen back on other anti-liberal arguments. They branded as “unpatriotic” liberals who were against the war in Iraq, snorting that criticism of the war was aiding our enemies; yet GOP Congressmen railed against Clinton’s war in Kosovo, with one Senator going so far to say that President Clinton was “worse than Milosovic!” But nobody ever called “unpatriotic” those congressmen who were carping about that war!  (Truth is, there was little to criticize. We got in quickly, we won quickly and we got out quickly, leaving that entire part of the world better off for our having gone there. Comparisons, anyone?)

As for the charge that Democrats are usually a bunch of weaklings who can’t be relied upon to protect us against our enemies, people forget that six of the major war (hot, cold and otherwise) presidents of the 20th century were Democrats: Wilson, FDR, Truman, Kennedy, Johnson, and Clinton.

Another accusation is that liberals are too concerned with “fringe elements.” Yet, going all the way back to Thomas Jefferson, liberals have believed that government has no more noble purpose than the protection of its least fortunate or under-represented citizens. The theory is that as the weakest grow stronger, the more durable and dynamic the nation itself becomes.

Yet often those who fight for the poor are derided as “bleeding-heart liberals,” those who struggle to improve the global environment are branded “crazy tree-huggers,” those who wage war against prejudice and discrimination labeled “anti-religious.”

Here is the contradiction: the vast majority of those hurling the accusations profess to be Christians, and proudly boast of their deep belief in the teachings, sanctity and example of Jesus Christ. But go back to the classic definition of liberalism. Is there a more accurate (political) word for the short but glorious ministry of He who gave His name and life to the most powerful reform movement the world has ever known? He worked among the poor, associated with the humblest of men, was tolerant of every human frailty, devoted to replacing the status quo with something more equitable, and left us with hundreds of forgiving quotes such as “Let he who is without sin cast the first stone.”

Is there a single word which could characterize such a compassionate attitude, such an inspiring message? Politely, I suggest to my fellow Christians that the word could well be—liberal.