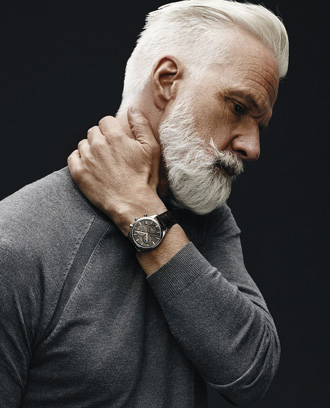 One thing we have no shortage of in the lakeside area are expats with fluffy white beards.  I have often tried to analyze why the predominance of this fashion. Could it be to appear authoritative, to appear more masculine in looks, or simply to be confrontational or intimidating? Who knows?  Not me. I don’t wear a beard or a mustache. Of course, this time of year we see signs of  a beard displaying itself on Santa, which might symbolize a need for protection from the cold.

Jolly old St. Nick, as he is referred to, is actually the shortened name of St. Nicholas, a third century Christian bishop of ancient Greece. He was known for taking aid to the poor and sick.  This is where we get the gift idea, though not limited to the poor and sick. The western world has converted it into mostly festive gift-giving.  Even Jewish families during Hanukkah in the same Christmas season exercise gift-giving to their children every day for the eight days.  But, no white-bearded chimney-cloggers involved.

I’ve heard many times, “Oh, Christmas is for kids.” Oops! How did the bearded wonder sneak in here? Could it be we’re missing the point? Is it merely the ‘season’ of giving? Has Christmas, or the Mass or celebration of Christ’s advent, been snookered? Somehow the need for the beard on the fat guy has been re-defining. Even many who are somewhat immature in the faith still visualize God as an old man with a white beard in the sky. He suffers the recognition as a type of supernatural Santa Claus. Do we recognize the real reason for His appearance in the flesh, and His design in doing so?