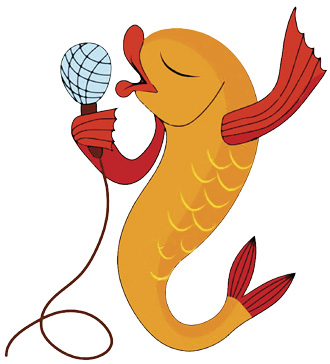 I was standing in line to get an ice cream cone the other day, when the person ahead of me ordered “nieve de tuna.” Tuna ice cream?! Now I’ve been living in Mexico for almost eight years, and I had never heard of this—yuck! It sounded awful. The girl behind the counter never batted an eye, but smiled and served the customer, handing him what looked like some sherbet.

Of course I had to ask--what the heck was it and what did it taste like? Turns out “tuna” is a type of fruit or more correctly, it is a cactus flower. It most closely resembles a prickly pear in taste and it makes a delicious sherbet. I just had to try one. Not bad, I decided!

When we were in Mexico City several years ago, we had the pleasure of dining at Mason del Cid. This famous restaurant serves Spanish food and the theme is El Cid, the famous Castilian nobleman and military leader in medieval Spain. While we were awaiting our feast, we were told that we would be entertained by some tuna. “Singing fish?” I thought, “Now that is really weird.” Little did I know that these tuna were students from the nearby University.

In 1212, the first Studium Generale was founded in Palencia—an institution that would give rise to what we now know as universities. These “general studies” and their successors were attended by young people, including sopistas, the forerunners of the present-day tunas. The sopistas were poor students, who made the most of their musical talent by strolling through the towns, visiting streets, squares and convents and entertaining people in return for a bowl of soup and a few coins to help them pay for their studies.

At night they played beneath balconies, serenading the women they had their eyes on. They were called sopistas not only because of the real soup their efforts were rewarded with, but also because it was often said of them that they lived de la sopa boba—a colloquial expression that is more or less equivalent to “sponging.”

The tuna costume is probably one of the most characteristic and authentic parts of the whole tradition. The striking black costume has hardly changed at all over the centuries, and is very similar to the clothes worn by the original students at Spain’s first universities.

Another characteristic garment is the long cape, which is clasped around the neck and flows open in front. Besides being traditional, this cape also serves to keep out the cold whenever the tuna is out serenading. The cape also provides a suitable surface for sewing the coats of arms of all the towns and countries that the tuna has visited on his travels, and is adorned with multicolored ribbons with affectionate dedications from won-over women—or even his mother. Like the tuna song goes, “cada cinta que adorna su capa guarda un trocito de corazón” (every ribbon that adorns his cape holds a piece of somebody’s heart). Do you remember the old Star Kist Tuna commercials, where poor old Charlie the Tuna was always being thrown back, as he was not good enough to be a Star Kist tuna? Somehow he always comes to mind when I hear the word “tuna.” Sorry, Charlie, not this time. But maybe if you practice your singing a little more you can join a tuna group one of these days. 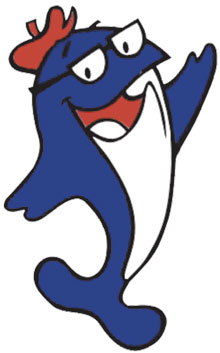 Sorry, Charlie!
Sorry, Charlie! By Kathy Koches   I was standing in line to get an ice cream cone the other day, when the person ahead of me ordered “nieve de