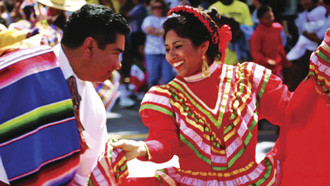 “The man is hitting the boy,” Elena told the bus driver with urgency. “We need help him. That man is—”

“What man?” the driver interrupted, looking into the rear-view mirror.

“In blue shirt. With flowers on”…Elena paused a nanosecond…”on tee.” She ran her hand down her chest indicating a tie.

“Yes. No boy. Boy at house, I think. He say he hit boy many times. Other man laugh.”

“Sorry. I don’t speak English good.” Elena was headed to an evening English class in rush hour traffic. “It is no easy.”

“Oh, I understand you, ma’am. But I don’t understand what it has to do with us or what you want me to do about it?” The driver sounded perturbed.

“I can’t do that. I’m behind schedule and traffic is really bad. Besides, there is no boy. Did you see the man hit a boy?”

“No.” Frustration rose in Elena’s voice. “Boy at home. I say this to you one time. Is not good to hit the childrens.”

“No. It isn’t, ma’am. But it isn’t right to involve the police when you don’t know what’s happen—”

Elena reached into her purse. “OK. I call the 911. That man hit boy hard. Many times. He say that. Other man laugh. Say good to teach lesson.”

“OK, ma’am,” the driver said, “we’re coming to a transfer point. I’ll go back and ask him. But my passengers aren’t gonna be happy. They wanna go home.”

The bus pulled up to the stop and the back door opened, releasing a flood of passengers. But the driver did not open the front door. Instead, he motioned to the cluster of people waiting to board that it would be a moment. Once the passengers at the back of the bus had exited, the driver closed the door and shut down the bus. He dashed toward the man in the blue shirt and floral tie. Passengers looked up from their cell phones. Others turned their attention from the world outside their windows to the commotion inside. Grumbles of “What’s going on?” bubbled through the bus. The accused man looked up with surprise as the driver neared.

“Sir, this woman,” and the driver motioned to Elena as she caught up to him, “says she heard you say you had hit a boy many times.”

The man looked puzzled. “What? I didn’t say that. What? No. It must be some kind of mistake.”

“You say you hit boy yesterday. That man” and Elena pointed to the man sharing the seat, “laugh. Hitting childrens not funny.”

“Of course, it isn’t But why do you think I hit someone?”

“You say you beat boy yesterday. I hear you. I no understand ‘beat,’ but” and Elena waved her phone around, “translator app say ‘golpear.’ You hit boy many times.”

A loud impatient knock from the front door echoed through the bus. Angry voices accompanied it. Both were ignored.

The man’s seatmate started to laugh, “Oh my god, Kyle. She thinks you beat Zachery. You said you beat him yesterday.”

“I did?” Kyle’s eyes leaped from thoughtful squint to sudden realization. “Yes, of course I did say that.” He started to laugh. “Oh, this is such a misunderstanding. I was telling Mitch here that my eleven-year-old son has discovered chess and I beat him yesterday.”

”Derrotar? Is like the winning in game?” Elena’s face reddened. “Oh dios. Lo siento. I am sorry. I only hear child in trouble. I do not like. I think hitting have to stop.”

Kyle smiled. “But that took courage,” he said. “It was the right thing to do. You did what you thought needed to be done. To be safe. No apology is necessary. You just misunderstood.”

Mitch shook his head. “How ironic!” he said with a smile. “Its Cinco de Mayo when we celebrate a ragtag Mexican army giving the French a beating.”

“OK, then, the bus driver said with relief. Problem solved.” He glanced at his watch, then looked around. “Sorry, folks.” He dashed to his seat and opened the front door. “Minor problem, but it’s all good now,” he called out the door as the queue of commuters boarded. “Now, let’s hit the road.”

Tom Nussbaum has lived in Ajijic since 2015. He is from Seattle where he worked as a special education instructor. He has written several novels and a memoir.