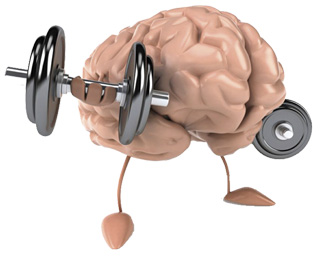 I remember Sanderson’s store, with most of the items behind the counter that ran from the front door way back to the back wall of the store and the “grabber” on a long handle that Jeff and Tet Sanderson used to remove things from tall shelves. I remember their big cardboard box of penny candies: Bit O’ Honey’s and Tootsie Rolls and Tootsie Roll Pops, jawbreakers and orange slices and those chalky disks of many colors that came in a roll and tasted like medicine. I remember the year the snow was so high that they had to dig a tunnel down the middle of main street and then tunnel into each store.

I remember now days listening to the radio (before T.V.–imagine that!) and eating chili with crackers and opening the lid to the big coffin-like freezer down in the cellar to grab an ice cream sandwich, then removing the box elder bugs we’d put in there last fall just to see them thaw out and crawl away. I remember Earl Wedean flying Santa Claus into town every Christmas and then his standing on the back of the fire truck and dispensing bags of candy to all the kids: peanut shells stuck to ribbon candy and peanut brittle and those little pillows of acid yellow and shocking pink that tasted too much like cloves. None of the candy except for the peanut brittle was edible, yet how we reached over each others’ shoulders for it, afraid he’d run out before he got to us.

I remember “Back to the Bible Broadcast” and Lynnie Brost and I sitting in the bathtub “scrubbing our sins away.” (I probably only remember this because of a letter found written by my older sister where she describes it.) I remember my dad’s yodeling and how my oldest sister could move her head sideways–back and forth like an Egyptian dancer.

I remember having my tonsils out––the awful smell of ether and its taste in my throat when I came to, then the doctor saying, “Can you swallow?” and the searing pain and sense of betrayal. I remember my dark green velvet coat with a white bunny fur collar. Also, a mustard yellow woolen coat with two brown fur balls hanging down on long strings from the neck.

I remember the seventh and eighth grade teacher threatening to hang a boy out a second story window, leaning him over backwards, gripping his collar with both hands. I remember chalk dust between my fingers and up my nose from beating blackboard erasers on the railing of the fire escape at school. I remember the smell of rubber erasers–the  long-spiraled worms that grew out of especially long mistakes. Chocolate milk out of the white plastic udders of the stainless steel milk machine at school. The first polio vaccinations given to everyone at school.  I don’t think the parents had the choice of refusing.  Then, after a few years, the miracle of getting the vaccine on a sugar cube instead.

I remember hot beef sandwiches at Fern’s cafe and the pie at Mrs. Dugan’s cafe–both located in filling stations in the little town I grew up in. I remember how when we ate out, my sister Betty’s food always looked better than mine and how she always gave it to me. “The Neighbor Lady” show on WNAX in Yankton, S.D. Playing under the bleachers at basketball games. Years later, selling hot dogs at the concession stand during games.

Earaches and stomachaches and felons on my cuticles and sunburn and grass stains and chigger bites. Smith Brothers Cherry Cough Drops and crates of apples from Oregon and 7Up in green bottles and cherry pop and Old El Paso Mexican frozen dinners. Summer camp in the Black Hills and the thrill of sleeping outside in canvas tents and venturing out in the dark to use the outhouses. Camp songs: “If you weren’t Dutch you couldn’t sing this: Sing-song-kitchee kitchee-kai-me-oh!”

I remember water bags hanging from the front grills of cars in the summer. Exotic strangers in the cafes and the Super Value grocery store  during the summer. Gypsies and traveling church play actors and cool kids from big towns traveling with their parents. Sunday school pins with a bar added each year for perfect attendance. Fake fingernails with glue so smelly you could get high on it, although we didn’t even know what getting high meant. Those red bubbles where you put a glob of stuff on the end of a little red soda straw and blew–– so toxic that they’d be banned now, but who was paying attention then?

Furry bunnies and fuzzy yellow chicks that hopped when you wound them up with a key. Ten cent comic books: Little Lulu and Sluggo, Ritchie Rich and Mighty Mouse. Archie and Veronica and Jughead. Chocolate Sodas made with syrup and ice cream and fizzy water at the drugstore––stirred with a long silver spoon by Jack Mowell. And although I remember this and so much more, I have to ask. Why can’t I remember where I hid my sack of extra keys? Or my glasses? Or the charger for my camera battery?

Most of all, I remember remembering!