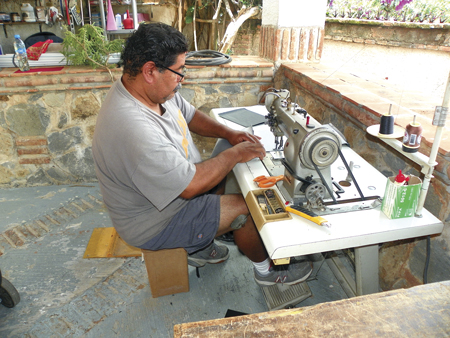 Theory has it the name Chapala was derived from Chapalac, the name of the last Indigenous chief. There is also a street named after him in Tepehua very near the Tepehua Community Center. Chapala became a Municipality in 1864.  The population is now more than 60,000 with over 10,000 residing in Ajijic.  Those numbers of course are questionable.  Tennessee Williams once said of Chapala in 1940 “It is a remote place among strangers where there is good swimming”. He penned “A Street Car Named Desire” here.  Geologically, Lake Chapala is the remnant of an ancient body of water called Lake Jalisco, once 8,500 square miles of surface area formed in the Pleistocene era around 38,000 years ago.

When the Indigenous male had to travel from remote village to remote village looking for a bride, the watering down of the tribes losing their ethnicity was apparent. Plus the mixture of the various conquerors.

The Sanabria family were among the first families to settle in the old part of Chapala. Chapala was then a small pueblo nestled between the north shore of  the lake and the mountains.  The Sanabria family of Chapala and the Navarro family from Poncitlan joined in marriage. The generation of Sanabria Navarro before this one sired six boys and two girls. A life full of topazos (bumps), a struggle to combat poverty and survival for a very large family before Chapala became the vibrant town it is today. Although a visual paradise, there was no way to make a living except for fishing or farming.

Two of the older brothers left for America on a one-way ticket and remained there illegally for many years, sending money home. Two other brothers are well known to Lakeside, they married two sisters. Big Al and the two sisters, Norma and Teresa, work in the Sunrise Restaurant, a restaurant well known for supporting charities, of which Tepehua Community Center is one. The Sunrise Restaurant’s owner, Lupe, and his hard working wife, help to supply the free food program which is breakfast every Friday morning at the Tepehua Center for the children and Mothers.

Big Al’s brother, Carlos, started an upholstering shop fifteen years ago at Lakeside, but the bumps in his road became bigger and he turned to alcohol for solace. His wife, Teresa, carried the burden quietly. Today Carlos is a free man. He dried out and found he liked life on the right side of the wagon. His work on furniture repair is the best. This author can guarantee that, as Carlos is working in her house, on furniture that a wayward puppy had for breakfast, and re-upholstering all the white fabric furniture into a happy forgive-everything brown leather.

One of the brothers who left so many years ago for the States, will be coming home for a visit soon. Now a naturalized American, it is still a huge risk given the status of Mexican travelers in the States, where you can be detained for being brown. Imagine the joy to be coming home to visit brothers and sisters after so many years! The stories to be told! The tears to be shed for family members who died along the journey.

Mexico is a contradiction. On one side it is becoming one of the big guys with its natural riches, its industrial prowess and the prognosis that in three to five years it will be in the top five, but still in its back yard there are people who live in the trappings of the third world.  In spite of that and the pundits in the North who think everyone South of the border is a Mexican, the brain drain from Mexico going North is slowing down, and the bread winners are staying where they want to be, on their native soil.

The future is bright. 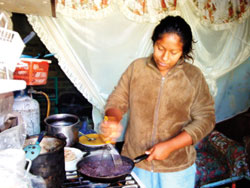 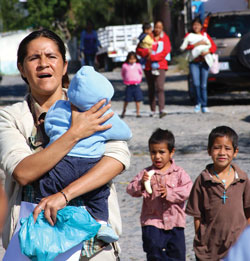 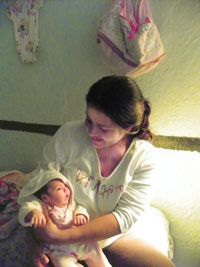 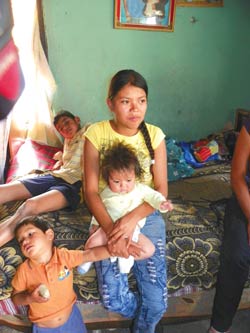