Waiting For The Lyft 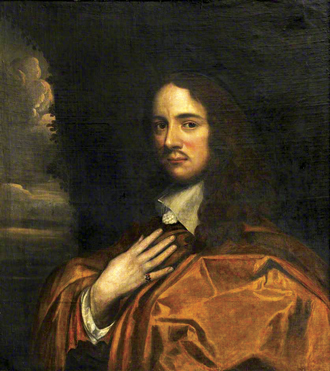 Lately, due to a momentary brush with mortality, I’ve been pondering a recurrent metaphor in the death literature. It’s this: waiting to die is like waiting for a ride. Yes, some form of ride will eventually come by and deliver us to our destination. It only makes sense because when we’re dead we can’t go anywhere on our own, even though the “we” is a disembodied spirit or intellect. We need a Lyft.

In the 17th century, for example, poet Andrew Marvell (1621-1681), penned the memorable line, “But at my back I always hear/Time’s Wingéd Chariot hurrying near.” Marvell didn’t want his ride to be punctual, but the inevitability of its arrival was the pivotal argument in seducing his coy mistress. “C’mon, baby, we can’t delay forever. The ride will be here any minute.”

In contrast, there is that welcoming invitation in the familiar Negro slave spiritual, “Swing low, sweet chariot/Coming for to carry me home.” Home looked very appealing from the vantage point of the cotton fields, whether it was heaven, across the symbolic River Jordan, or just back home in Africa.

This chariot was a winged-rescue vehicle, probably made of gold, and its drivers were a band of EMT angels. I imagine it as a colectivo, or pick-up vehicle for anyone headed in the same direction who wanted to hop on. Remember “get on board, little children?”

My favorite portrayal of the deathmobile, however, is T. S. Eliot’s in his Love Song of J. Alfred Prufrock. There, worried about aging and the prospect of his mortality, Eliot’s protagonist “Prufrock” says, “And I have seen the eternal Footman hold my coat, and snicker.” I want to comment briefly on “Prufrock’s” terrifying vision as he’s about to be helped into his coat sleeves and hoisted into the chariot. The expression on the eternal Footman’s face says all: it is not charitable, it’s snarky. He’s snickering, which is the suppressed laughter of contempt. It’s as if to say, “I know you, Prufrock. Heh, heh. You thought you’d never have to board my buggy. Well, you may be spared this time, but your turn is coming. Heh, heh.”

The eternal Footman’s ominous snicker is the audible sneer heard by those with an existentialist mindset. They don’t believe in an afterlife. Prufrock’s is one of those Lyfts gone terribly wrong, the kind they warn you about getting into without verifying the driver’s name first. You need to be careful before boarding this Lyft.

You just can’t tell where you’ll end up. Unlike so many of his contemporaries, Eliot played it safe and sought refuge in the reassuring arms of the Anglican Church. Heh, heh.