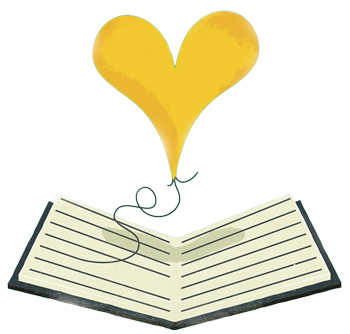 Do you remember the WWII ballad: I Left My Heart at the Stage Door Canteen? On Monday nights for the year 1943, I was one of the Stage Door Canteen hostesses at their location across from the White House. That meant that I danced and talked (but don’t date!) a few of the servicemen stationed in the D.C. area. (New York and other major cities did the same.) They provided free food, girls to dance with, and music from top bands performing in the area.

But, did my sister do the same? No! She was attending accounting school. We were independent and seldom did the same things at the same time. Though we had a younger brother, my sister and I were close in age and shared most of our growing-up time. We were definitely not of the same temperament—she was the resilient Aquarian and I the older and pushy Aries.

When Sis, at two, would pick up a rotten apple from our tree-laden yard, and someone would say: “No, don’t eat that—it’s rotten,” she thought that rotten was the apple’s name.  Therefore, when she asked me for a rotten, I, the wiser four-year-old, would dutifully hand her a rotten apple. Our lives had manifested together and we made the best of it. She would cry on the least provocation. For example, each time she lost her glasses. Once we found them in the refrigerator. Sis got top grades in school whereas mine were only passable. For at least 20 years, we shared the same bed—or beds, as we moved from place to place.

Dad was the driver of our family car and was the one Sis and I begged to take us to the Saturday morning serial movies. He kept a pot of bean soup on the stove so that there would be something around for us to eat on our own schedule--other than mayonnaise spread on white bread. Things went from bad to worse when my mother became the breadwinner. My father sought solace in the bottle. Divorce followed. Because Mom worked 5-1/2 days each week, we girls cooked and more or less raised ourselves, although Mom’s parents were nearby. When I was 13 and my sister 11, I was not pleased with the kids she had selected as friends. Smoking cigarettes and riding in fast cars were the attraction. I showed my disapproval, she listened, and within a few years, her new friends were those on the high school Honor Roll. We became better friends.

In 1942, at the beginning of WWII, our many boyfriends went off to war and upon their return in ‘44 and ’45, we each had big church weddings. I married the boy who was the last in my group of beaus to join the service. As I missed him the most, I thought it must be love. What did I know about love? Sis married a Catholic and, having been instructed by the priest concerning the “rhythm system,” proceeded to produce ten more Catholics. I had two marriages and two divorces, and two kids with each husband. Then, as a ‘single mom’, I worked and supported my children for most of the next 17 years. My sister took part-time work to help support her large family. As I hinted at in the beginning of this story, though we shared most of our growing-up years, our reactions to what life presented were always different. Although born of the same parents, it was not always obvious that we were sisters. She was the blue-eyed blond and I a brunette with brown eyes. Perhaps there is something to the belief in past-life influences on current lives, and that may explain why we were so different.