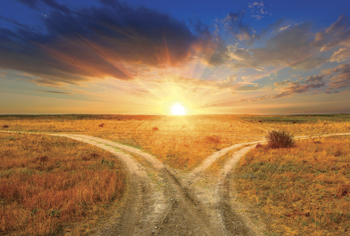 It seemed to Emma Hardy that she had faced many cross-roads throughout her life, deciding which road to take, where it would lead her, always choosing by instinct in the hope her choice was sound. But now, would the wisdom of her old age enable her to make such an important decision, one that held unknown consequences?

Emma was a widow, having lost her husband Stephen several years before to cancer. They had taken early retirement from Canada in 2005, settled on a two acre rural property east of Chapala where they would eventually build a shelter for dogs. Stephen, adept at carpentry, had built twenty kennels, all with separate runs and, in time, their sanctuary – nearly always full- became well known: local veterinarians and dog loving owners supported it.

When Stephen passed away it left Emma in a slight predicament: the monthly pension now would be less, and the prospect of closing the shelter was imminent. She had to find a way out of her dilemma, and she did: she would transform the kennels into boarding kennels for all the dog owners in Lakeside. She would name it ‘Emma’s Hotel for Dogs.’ Her monthly ads soon brought in many customers; her reputation quickly grew, and she was known to treat her animals with care and affection, and most of all, she was able to save from her income. Emma was realistic about mortality and saved diligently every penny towards the day she knew would eventually come – the day when she herself may need assisted care.

From the very first month of their arrival in Mexico, Emma and Stephen had befriended a local woman who lived nearby; her name was Gabriella, and she would come every day to work, full time. Her daughter, Lupita, would always come after school to assist and she would spend her time walking dogs and playing with them: their loyalty won the hearts of many, and were regarded as “family.” Emma had tried to estimate what she would need financially when she could no longer be independent. She would calculate her pension and the sale of the property when that time would come, and had even visited some of the local nursing homes and senior living care homes, to be prepared.

Lupita was now fourteen. One day Emma visited her school with Gabriella to meet the teachers and when Emma sat down with the Principal she was told that Lupita was considered the brightest pupil in the school—she excelled at every subject and had a great future ahead if she was to continue High School whereby she could later receive a scholarship to a university. Some days after this school visit, Emma took Lupita aside – they were very close now—Emma regarded her as the grand-daughter she never had. When Emma asked her what she wanted to do if she was given the opportunity, she answered, “I want to be a veterinarian.”

Little was known about the father of Lupita. Her mother, Gabriella, never spoke of him; he had deserted them many years before. But now, circumstances changed. Gabriella was overcome with partial paralyses caused by a stroke and she could no longer work; eventually, her sister would take care of her who lived in Chapala. Lupita moved into the main house to be under the care of Emma, but in reality it was Emma who was in the care of Lupita. She was aging now herself and she found the everyday usual routine challenging.

She again would contemplate the prospect of her own needs in the years she had left and would at times count the money she had saved which she always kept in a strong box hidden concealed under the floor of a locked room beside her bed. She would worry about Lupita, who by now was nearing the stage of her life when she could be considered by the University of Guadalajara, and later into the Veterinary College because her educational credentials were outstanding; her chances of acceptance were very high. But then, five years of study, would lie ahead, and later, when she was qualified, she would need financial backing to open up her own clinic.

Emma had reached another crossroad in her life: she had to make another important decision, one that was impossible to avoid. She would put her own future second and would hope that with the sale of the house and her savings she could struggle through. And so, on a warm sunny afternoon in the month of May, Emma invited Lupita into the living room. Lupita was bi-lingual now and spoke English proficiently.

Sitting by her side, Emma said “ Lupita, I have made the most important decision I have had to make living here in Mexico. You have your whole life ahead of you, you must follow your dream and accomplish the journey you are about to take. I have done my homework and I am so pleased to tell you I can finance your needs over the next few years as you complete your Doctorate. No argument. It is settled.” Lupita drew near, and with tears in her eyes, she embraced her benefactor.

Today, now eight years after the above events, Emma is in a senior home. She is well for her age and still able to fend for herself. Lupita and her husband, whom she met at the Veterinary College, have a successful Animal Hospital in Ajijic and they recently took over Emma’s former kennels; it is a shelter for dogs once again. They provide for Emma whom they visit every other Sunday.