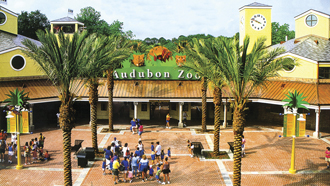 The gorillas were too big for their cage, they were angry, angry enough to take handfuls of their feces and throw it at the people, usually they aimed at the men. I was standing outside of the cage watching people scream when a female peacock walked up followed by a male with his tail fan spread in the way male birds like to do, those feathers were so beautiful I forgot about the gorillas. In these days my passion was to live in Africa with the wild things, which is easy to imagine when the first fifteen years of life are spent in the swamps and forests of Louisiana.

Before the age of eight I knew how to shoot a pistol and pitchfork a snake, when my parents moved to New Orleans I got educated to city ways that felt  more depressing than fun. I needed animals.

My Momma gave me twenty-five dollars, and I bought a baby raccoon with a red collar. He lived indoors with us and learned to potty in the cat’s sand box. When he began stealing things, we named him Looty. He loved exploring Momma’s big sewing basket; he’d take out his spoils and spread them over her bed. Then a day of  horror, Looty decided the sewing basket should be his toilet, and day after day we discovered buttons, laces and embroidery threads covered in coon gunge. Finally  Momma said, “Looty has to go. “ Go where Mom, what should I do?”

“Put him in his cage and take him to Audubon Zoo.”

Knowing how much the gorillas hated that zoo, I set Lotty’s cage near the frog pond and slowly opened the door. He stepped out with a smile.

“Let’s take off your collar, Looty.”

Looty said, “No thanks,” then without once looking at me, disappeared under a bush, happy and free.