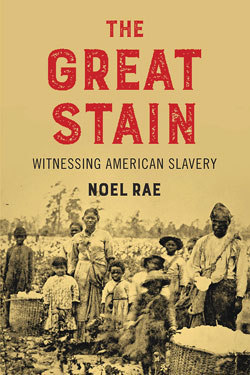 Any cataclysm, like a war, brings out the very best in some, acts of courage, kindness, forgiveness and self sacrifice, while causing the very darkest of traits to surface in others. As we have all too often observed in our own time, whenever the rule of law breaks down, the mob replaces it, looting, and burning, vandalizing, lynching.

As the eighteenth century wore on, resentment of the citizens of the American colonies toward British Rule increased to such an extent that many began to speak of independence. The issues were many, including the oft stated objection to taxation without representation, that taxes and trade restrictions were determined by a distant parliament in which colonists had no say.

Angered by the tax on tea and other unfair taxes, a gang of one hundred men stormed aboard three British ships anchored in Boston harbor on the night of December 16, 1773, dumping forty six tons of tea into the water. In retaliation, Parliament passed a series of what became known as the Intolerable Acts. Rather than weakening American resolve, the detested policy strengthened it. The Royal Navy’s nine hour bombardment of the seaport city of Falmouth, Massachusetts, during which 3000 rounds were fired, leveling the town, made any possibility of meaningful negotiations nearly impossible.

Anger toward Great Britain morphed into hatred, and anyone aiding the British or even suspected of harboring pro-British sympathies became targets. This included the thousands who did not share the enthusiasm for independence, perhaps as many as 1/4 to 1/3 of the population. It was not safe to be a Loyalist.

As 51-year-old John Malcolm, a minor customs official, made his way home from work on the morning of January 25, 1774, a small boy rammed him with his sled. Malcolm responded by cursing and threatening the boy. The citizens of Boston constituted a violent, out of control rabble, fuming with anti-British hysteria, on that freezing winter morning. All that was needed to touch off the simmering powder keg was one minor incident. Malcolm provided it. When a bystander, a poor shoemaker, intervened on behalf of the boy, Malcolm struck him with his cane, knocking the man unconscious.

Malcolm had led a less than exemplary life up to that point. He had a history of counterfeiting and refusing to pay his debts. In his earlier position as a comptroller, he had been fired for extortion and malpractice. However, nothing damned him more soundly in the eyes of his fellow citizens than his role in suppressing the 1771 a revolt by North Carolina back country farmers in opposition to colonial taxes. Whatever Malcolm’s offenses, nothing could have caused him to deserve the ordeal he was about to endure.

That night, a mob estimated to consist of up to 1200 persons dragged Malcolm from his home, stripped in the freezing air, and proceeded to tar and feather him. Being tarred was an excruciatingly painful form of torture, causing severe burns from head to toe. After failing to set his feathers on fire and determined to sate their sadistic impulses, the mob continued to parade Malcolm around the streets of Boston in a cart, beating and torturing him. This continued for an estimated five hours until he was rolled out of the cart in front of his house.

For the most part, the American Revolution has been regarded as a relatively benign affair, a gentlemen’s war fought among fellow Englishmen with differing political philosophies, far less vitriolic than, for instance, the French Revolution with Madam la Guillotine being fed a daily diet of Aristo heads or the Russian Revolution with thousands being shipped off to snowy deaths in the Gulags.

Upon closer examination, far more bloody truths emerge. Malcolm’s case was not unique. Those remaining loyal to the Crown, as well as Native Americans, enemy POW’s and those freed slaves who fought alongside the British were subjected to torture and subhuman conditions of incarceration. Pro-British printers, pamphleteers and publishers, and Anglican priests became targets of harassment or worse. There were book burnings, and freedom of the press largely vanished. Countless numbers of Loyalists were expelled from their communities, marched for miles in heavy irons, imprisoned and beaten by guards after being paraded through the streets toward filthy prisons where many died from diseases like typhoid.

With limited manpower at their disposal, the British sometimes recruited and armed freed slaves into their ranks, promising them freedom in return for their service. Lord Dunsmore formed a unit of free black men called the Ethiopian Regiment. This fostered a wave of cruel retribution throughout the southern colonies. Black men who were even suspected of aiding the British were brutally executed. One black man Thomas Jeremiah was hanged and burned because of suspected British sympathies.

A young girl fleeing to Dunsmore’s lines was given 80 lashes and had hot coals poured onto her wounds as a warning to others. The British pointed to the hypocrisy of the Patriots preaching liberty and equality and other Enlightenment values, all the while either owning slaves or acquiescing in slavery.

Looting and plundering were common practices among soldiers on both sides during the Revolution. To his credit, George Washington, ever conscious of the rules and obligations of gentlemanly warfare, strenuously attempted to solve the problem, meting out severe punishments for such behavior, including the requisite 49 lashes with the cat o’nine tails. And yet, the thievery continued. Looters stole not just food supplies and other necessities but whatever they could lay their hands on.

Five of the Iroquois Confederacy, led by Joseph Brant, sided with Great Britain. Following an Iroquois raid upon the hapless settlement of Wyoming, Pennsylvania, George Washington ordered a retaliatory invasion of the Iroquois nations. While atrocities were committed by Native troops, they were hyped up by none other than Benjamin Franklin, who, among his many talents, was a master propagandist. Franklin created images for children’s books of bloodthirsty savages, scalping and torturing their victims.

For all his virtues, Washington earned the Algonquian epithet “Conotocaurius” (Town Destroyer) because he ordered invasion of the Iroquois homeland in language that would have warmed the cockles of Heinrich Himmler and Pol Pot. “Total destruction and devastation of their settlements and the capture of as many prisoners of every age and sex as possible. It will be essential to ruin their crops now in the ground and prevent their planting more.”

Throughout the ensuing invasion, Patriots gobbled up as much of the Iroquois food supply as they could hold, then destroyed everything else, slaughtering livestock, burning fields of corn and produce, as well as homes and barns. Some Iroquois women were raped. Men, women and children were massacred. The slaughter of the Iroquois was labeled extirpation. Today, we would use the more sinister term, genocide.

While atrocities were routinely committed by those on all sides during the Revolution, few could surpass the barbarism attributed to British Colonel Banastre Tarleton, commander of the 1st Dragoon Guards, who either ordered or condoned multiple war crimes. Tarleton ordered a woman named Mary Carey Richardson flogged for failing to reveal the location of Francis Marion, the famous Swamp Fox. He then ordered the body of her dead husband dug up and exhibited to her young children.

He at least acquiesced in the bayoneting of numbers of prostrate Patriot POW’s, members of Colonel Abraham Buford’s Continental force who had surrendered. In his search for Marion, he ordered 30 plantations burned, and at Monck’s Corner, his men raped several women. Tarleton became known as Bloody Tarleton and The Butcher and forever lost the respect of his fellow British officers, although, to this day, he retains his apologists.

Following the defeat of the British at Yorktown and the subsequent Treaty of Paris ending the war, the thousands of loyalists became fair game for Patriot vindictiveness. Those who had fought for the British or who were even suspected of British sympathies saw their homes and property confiscated and were often beaten, tarred and feathered, even hanged by lynch mobs. Thousands sought sanctuary in either the UK or northward in Canada, particularly Nova Scotia. While Washington and Alexander Hamilton struggled to prevent anti-loyalist atrocities, wishing for reintegration and fearing that a Loyalist diaspora would cause further economic upheaval and endanger vital future trade relations with the mother country, it was years before neighbor forgave neighbor and peace resumed.

History is history, seldom pleasant or reassuring, almost never affirming our sunny presuppositions. Propaganda, on the other hand, feeds the frenzy of mobs, the egos of the insecure, and the biases of the ignorant. As with all such upheavals, the American Revolution has been passed down to us in the form of both myth and historical accuracy.