Letter's to the Editor 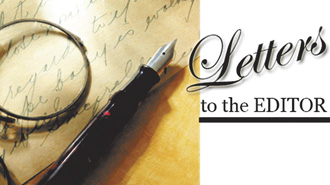 I write in response to your second running of David Moss’ piece, “There Are Always Consequences”, in your March 2019 issue of El Ojo del Lago.  Moss obviously did some research for his article, but he made a number of mistakes.

Moss correctly describes the “Little Ice Age” but failed to mention the four massive volcano eruptions that happened in the years leading up to this event. (1)  Instead, it appears Moss tries to claim the “Little Ice Age” was just part of the normal cycle of our planet.  The cooling effects of a massive injection(s) of volcanic debris shot into the upper levels of earth’s atmosphere are fairly well understood and documented.  Nor does he mention any of the volcanoes which erupted during the “Little Ice Age”. (1)

A key piece of knowledge is the difference between weather and climate.  Weather is what you are experiencing right now: in your yard; as you look outside, etc.  If you watch the weather for a number of days, weeks, or even, months, you can develop a local weather pattern.  None of these weather related events are climate.  Climate is what the globe experiences over a year, decades, millennia, etc.  Let me use a simplified example to help show the difference.

So, what happened to all of the extreme high and extreme low temperatures?  Well, it’s an average, so they are part of what makes up the end result.  You can’t see, or feel, the global average annual temperature from day-to-day.

Lastly, Moss appears to cast doubt on the connection between CO2 and global warming.  I will let the references below speak for themselves, but will note that two of the links are to agencies from the U.S.A. government. (2)

A big issue with both weather and climate is many people think these science fields are relatively easy.  They are not.  Even the most complex weather forecast computer model that looks at well over 120 separate layers of atmosphere is not able to produce forecasts with better than 78% accuracy, and these forecasts are only good for at most five (5) days. On the other hand, Global climate computer models (models that look at 50 to 200 years) have proven to be more accurate.  To put things into a different perspective, more is known about the human anatomy than is known about weather science, yet weather is a science and medicine is a practice.