The “Babe” Was Human 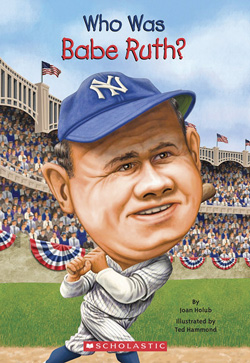 Compliments before criticism is the courteous lesson from Babe Ruth’s terrible 1922 baseball season. What happened to this “National hero,” bigger-than- life beloved legend, who adored the children that followed him almost everywhere?

Growing up in Chicago, after a White Sox game, my friend and I would go across the street to McCuddy’s bar and see the big bat on the wall that the Babe gave Mrs. McCuddy. The place hugged you with nostalgia and it was cool to hang out for awhile in the historic place where Ruth would visit between games of a doubleheader. Like him we would have a hot dog or chili and a couple of beers.

So I love the Babe. But at the start of his unhinged season, Ruth was suspended for the first thirty-nine days. He had violated the Commissioner’s rule banning a post-season exhibition tour.

Five days after reinstatement he received another suspension for throwing dirt in the umpire’s face after being called out at second. On the way out he jumped in the stands, chasing a heckler, and then stood on top of the dugout inciting the crowd.

The next month he was ejected after running in from left field to argue a call at second base. He was suspended three games the following day when he corralled the umpire during batting practice and threatened to maul him if thrown out of another game. August 30th he was suspended three days when he exploded after being called out on strikes.

The Babe hit .315 with 35 homeruns and 99 RBI’S in 110 games. The Yankees got swept in the World Series while he hit .118 with a single and a double in four losses and a tie. He was booed when he bullied the 150-pound New York Giants third baseman.

The baseball writers’ dinner at New York Elks Club featured speakers and friends who told Ruth he was great and loved. They then criticized his foolish behavior, on and off the field. The last speaker, Senator James Walker, really blistered the Babe, calling him a “great fool.” He said that, to the children, Ruth was like Santa Clause who had removed his beard to reveal the mean face of a villain. The Babe sat agitated and angry, listening. Suddenly he broke down in tears. ‘”So help me, Jim, I’ll go to the country and get in shape,” he blubbered. And he did.

Hearts at Work - April 2010
Hearts at Work —A Column by Jim Tipton “…human, lovely, and sufficient unto itself.”   As I enter middle age—I turn seventy in two years—I