The Time To Be Good 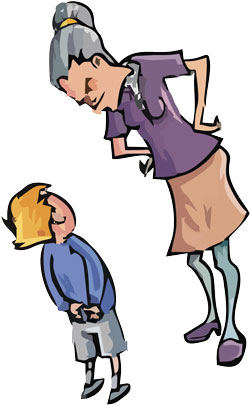 “The” is the most frequently used word in the English language and each of the other words in my title is the most common word in the English language for its part of speech. This is no surprise for the word “the.” “The” creates specificity. It helps us to define and narrow the field. It wins us precisely what we want. Ours is an era of so many choices—a plethora of brands of everything from potato chips to lipstick. Don’t even get me started on coffee. Starbucks alone maintains that it offers 87,000 combinations of coffee choices! Reason enough to need a bit of “the” in our vocabulary. Plain coffee Americano decaf with soy milk and stevia? That is “the” choice I make every time.

“To” is indicative, I think, of our modern need to be elsewhere. A Ted Talk that I recently viewed showed a video that depicted all of the airplane flights occurring simultaneously, then all of the ships en-route. If it had tried to depict commuter traffic, I’m not so sure that much of the U.S. would have been lit up, rendering any distinction between vehicles or routes to be impossible to make out. We drive to work, to play, to school, to recreational facilities. Then on the weekends we drive elsewhere to “escape,” but in doing so, are trapped in more traffic. In airports, we watch people coming off a plane to come “to” where we are as we await the opportunity to board the same plane to go “to” where they just came from. We are almost constantly going “to.”

I was surprised that “time” is the most commonly used noun in the English language, mainly because, with all of our labor saving devices, somehow we have less time rather than more. If someone disagrees, please, please inform me of how you have managed this. I no longer even have time to read unless I listen to an audiobook and combine my reading with other activities such as driving, working in the studio or kitchen or while trying to fall asleep at night.

So why is the word “time” so frequently used? As I tried to figure out why, a number of phrases I’ve used in the past 24 hours swam into memory. While preparing to leave for two months at the beach, I have almost constantly worried about not having “time” to arrange for everything I needed to arrange for in order to leave on “time.” I won’t bore you with the list, but it is long and varied and has kept me so busy for the past two weeks that I found my “time” had run out last night. I was due to leave this morning, but had not found time to say good bye to best friends, let alone time enough to write this blog and finish packing.

So I delayed my departure by a day in order to gain “time” to depart in a more leisurely fashion. I made “time” for things important to me, such as this essay I am writing right now and the possibility of saying good bye to a friend whom I haven’t seen for weeks because neither of us has had the “time.” Perhaps it is our complaints of having so little of it that cause us to overuse the word?

The most commonly used words that I am most heartened by are best when combined. “Be good.” What better advice for each of us and what message is most needed in a world of cyber shaming, corporate greed, Isis and the seeming impossibility of gun control, let alone control over the kids and crazies who refuse to exercise it? It is a selfish world we live in. “Be” is too often considered in regards to only ourselves. But “good?” It seems to be an aim that more and more of us yearn for—hoping to combine it with “be” in order to restore sanity and love and caring for our fellow human beings––whatever their skin color or religion or social group or national background.