Of Faith And Fables 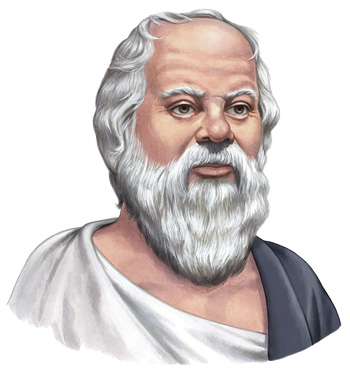 The Internet, television and radio, have become major delivery sources of information for us. And they are able to do so with such rapidity, it simply boggles the mind. They have connected us no matter where we live—north, south, east or west. These media sources have combined in such a way that each one of us is bombarded with information and we have become instant receivers of news—both good and bad.

For example, I can watch any TV channel that is provided by my cable service in Northwest Arkansas. The programs and news are live, just as though I am looking at my home TV. I am able to do so over something called “Slingbox.” I can even change channels by clicking on the replica of my “clicker” at home that is shown on my Slingbox program. Don’t ask me how it works, it just does. In Ajijic, I also can watch news from Mexico and can get glimpses of news from all around the world. Data is everywhere.

There are also groups called ‘chat groups” that fill up my e-mail almost to the point of choking me with so called “factual information.” So the problem comes in knowing which articles, stories, reports, chat groups etc. are really telling the truth. In contemplating how to discern truth for both good news and bad news, I found an old children’s tale, which in the age of information bombardment, can teach us to be more discerning.

In ancient Greece, Socrates’s knowledge was held in high esteem. One day a fellow met the great philosopher and said, “Do you know what I just heard about your friend?” “Hold on a minute,” Socrates replied. “Before telling me anything I’d like you to pass a little test. It’s called the Triple Filter Test.”

“Triple Filter?” the man asked. “That’s right,” Socrates continued. “Before you talk to me about my friend, it might be a good idea to take a moment and filter what you’re going to say. That’s why I call it the triple filter test.”

“The first filter is Truth. Have you made absolutely sure that what you are about to tell me is true?” “No,” the man said, “actually I just heard about it and…” “All right,” said Socrates. “So you don’t know if it’s true or not. Now let’s try the second filter, the filter of Goodness. Is what you are about to tell me about my friend something good.”

“No, on the contrary,” the man replied. “So,” Socrates continued, “you want to tell me something bad about him, but you’re not certain it’s true. You may still pass the test though, because there is one filter left: the filter of Usefulness. Is what you want to tell me about my friend going to be useful to me?”

“No, not really,” the man replied.

“Well,” concluded Socrates, ‘If what you want to tell me is neither true nor good nor even useful, why tell it to me at all?”

The lesson is clear. While we participate in loose talks to curb our boredom, when it comes to friends it is not worth it. You can relate this ancient tale to the stories we hear over the Internet, talk shows, news analysis shows. That’s true when it concerns events that—if they were true—would materially affect our world, but which may or may not have really happened. We should put them all through the Triple Filter Test. Shalom!

Of Faith And Fables - April 2011
OF FAITH AND FABLES By Bob Haynes Trust In Whom? Trust In What? In a previous column I spoke of “letting the battle begin” and boy, did it ever.