A Not- So - Tranquil Day In Mexico 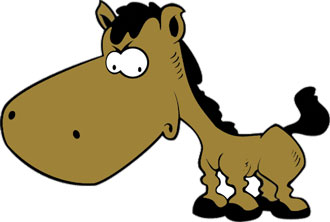 Our not so tranquil day started with a conversation with my husband Tom: “Let’s go to Mazamitla when John and Lynn come to visit,” I said, “this book says it’s situated in the middle of a pine forest and nearby there’s a great waterfall and lots of flowers. They’re such nature lovers this will be perfect.”

Tom’s idea of “loving nature” is sitting in our hot tub, Jim Beam in hand, admiring our bougainvilleas. Grumbling, he said, “Let’s take them on the Tequila Express. They’ll get mariachis, refreshments, look out the train’s windows and see all the nature they want.”

“We’ll probably have to tromp through the woods, climb over boulders. I’ll bet there are snakes. Poisonous snakes!”

“I patted his head and said, “We’ll go tomorrow and check it out before we take them.”

Mazamitla looks like an Alpine village and it is well worth the drive just to see it and to be in such clean piney air. After a wonderful lunch off the zocalo, we set out in search of the waterfall or Cascada – the Spanish name. We followed some pretty bad directions that took us in circles and up a couple of dead end roads but eventually we got there.

When we arrived we saw a large gate with a guard and assumed we had to pay to drive through. The paying part was right but we weren’t allowed to drive through. Even though this is a state forest, it is a gated community inhabited by private home owners. Outside the gate was a vaquero on a horse holding onto three others.

We saw a sign when we paid our entry fee that said Cascada tres kilometers. We figured we could easily walk it so we declined the offer, to which he replied in Spanish, a sly smile playing on his face, “You’ll be sorry.”

We started down the road paved with very smooth stones, admired the foliage, the views and the wonderful homes. There were also strategically placed resting spots with benches, shade, and water fountains. Tom said, “We must be getting close,” and around the next curve we found a sign that said, “To Cascada.” We walked on, came to another sign that said, Cascada tres kilometers.

As we continued our walk, we started critiquing the homes, the foliage didn’t seem so special and the rest stops became harder to find. Tom said, “Maybe we should have rented horses.” Soon there was another sign that said Cascada dos kilometros.

We were pretty warm and pretty tired and decided when we brought our visitors we would definitely rent horses. We finally got to the falls and there was another vaquero with caballos to rent. Tom told him we would see him on our way out, and off we went following the signs to the cascada. We came to a barranca and across from this we saw a stream of water, about three feet in diameter, trickling down the mountainside.

We looked at each other.

We went back to talk with senora selling bottled water and soft drinks, and asked if this was really the cascada.

“No, senor, senora,” she replied. “There is a bigger one, but you have to go up those steps to find it.”

We looked behind us at the precipitous path. The steps were either non- existent or close to falling.

We looked at each other, shook our heads, bought two bottles of water and headed back.

Victor, the vaquero, was waiting for us. “Caballos, muy tranquilos,” he assured us.

Maybe the caballos were muy tranquil, but the equipment was “muy savage,” I found, as his helper gave me a boost onto a wooden saddle. The stirrups were way to long and the cinch straps had knots in them that cut into the inside of my knees. I said, “Victor. The stirrups are too long.”

Victor kept assuring me that my horse was muy tranquilo. I discovered that this was all Victor could say in English, and I knew hardly any Spanish. His helper got the idea and shortened them some but it didn’t help. I finally gave up and off we went.

Too late we remembered we had not seen any horses as we walked to the cascada. It’s because the horses take a different path! They go over a road, covered by at least six inches of dust. The path goes up steep inclines and almost straight down the other side. Victor kept telling me to stand up in my stirrups to make the ride easier. I would have been happy to comply if I could have reached my stirrups. Actually I could touch them with my toes so I did this with arthritic knees frozen in place, and they were killing me.

About two-thirds of the way back to our car I couldn’t stand the pain any longer I screamed “Stop!” I told Tom I would rather walk – or crawl if necessary – than sit on Muy Tranquil for one more minute and I was dismounting.

Well, that should have been easy enough right? But no! My poor arthritic knees refused to bend. I tried getting off on the left side, then the right but could not bend my knees enough to get them over the horse. Victor decided he would bend them for me, causing terrible pain. “Stop!” I screamed. He did, but I was still on the horse.

“Well, this is just great,” I thought, “Will I have to spend the rest of my life astride this horse? It should be fun hostessing dinner parties, sitting at the table on a horse. I wonder if a bed pan will fit on this saddle. What if I die on this horse? How deep will my/our grave be? Maybe we can be cremated. Do they cremate horses? Maybe we could both be stuffed and placed at the beginning of this trail with a sign reading, Muy Tranquilo.

In my delirium I thought I heard cavalry trumpets. It was Tom to the rescue! He told me to put my hands on his shoulders. I did so and he walked backward, literally dragging me off muy tranquilo.

By sheer will I started walking albeit looking like one of the old men in the Ballet Foklorico. And I’m here to tell you that yes, there is a God. Hallelujah!! A SUV, driven by one of the inhabitants of the gated community came by and asked us if we would like a ride. We clambered in with many muchas gracias offered.

Looking up at Tom, on our way back to our car, I said, “The Tequila Express sounds like a great plan.”