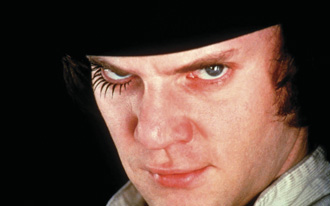 When I started working the graveyard shift, my wife JoAnn thought it would be better if we slept in separate rooms. I went to bed about seven when she was watching TV.       I went to work at eleven after she was in bed, and returned home nine o’clock in the morning after she had left for work.

One Friday night she told me she was going out for drinks with her girl friends. Then I ran into her good friend Carol at the supermarket. “I haven’t seen JoAnn for a while. Is she okay?”

I must have looked puzzled. “Didn’t you two go out for drinks Friday night?”

Carol blushed and looked at the floor. “We haven’t gone out for over a month.”

When I confronted JoAnn, she said she had been seeing someone named Charlie and she wanted a divorce. She called our marriage of five years a misunderstanding but wanted us to remain friends.

“Misunderstanding?” I thought. She cuts out my heart and asked me to remain her friend. I gritted my teeth and said yes, although what I really wanted was to strangle her. Should I have said I hated her and Charlie and wanted to see them dead? Besides, I believe in karma. Sometimes it just needs a little help.

I rented a furnished, one-bedroom apartment and Charlie moved into what once was our home. I wanted to keep Calico, our cat, but JoAnn thought the cat would be better in the house she had always known. As always, I agreed.

They got married on a rainy Sunday, a month after our divorce. I was sitting at my yard sale table drinking coffee and feeling sorry for myself. I watched the rivulets of rain run down the window, matching the tears of anger wetting my face.   I remembered that we once loved walking in the rain.

For some, rain had a cleansing effect. For me, it reinforced my sadness and repressed rage. As if the clouds, understanding how I felt, empty themselves until there was nothing left.

Two months after they got married, JoAnn called to tell me she and Charlie were going to Hawaii.

“Why are you telling me?” I asked, remembering that we had gone to Hawaii on our honeymoon.

“I have a favor to ask. Could you please water my plants and feed Calico for the week?”

“Why don’t you ask a neighbor?”

“Calico knows you,” she replied.

What a thoughtless request. It wasn’t enough to drive a splinter under my fingernail. She expected me to leave it throbbing and pretend it wasn’t there.

Hawaii. I imagined them sitting on the beach in the warm sunshine, her head on his shoulder. I imagined them in their hotel room. In my mind I could see her moving seductively. I wanted to shut out these images but I couldn’t. I felt like “Alex” in the movie A Clockwork Orange with my eyelids held open.

But I agreed to her request and thought about revenge. There was a hole where my heart used to be. I could feel the wind of requital howling through.

“By the way,” she said brightly, “The key to the house is still under the stone in the planter on the front stoop. And thanks.”

I drove to the house every morning after work for a week, although it was several miles away. On the last day, I carried a wrench. I walked to the bedroom and found Calico sleeping on the bed.

I looked at the bed and imagined them together, windows open, the soft breeze caressing their naked bodies.

Their entire house smelled of stale cigarettes and sex. I told her to quit smoking hundreds of times after I quit, that it would shorten her life. She tried, even used the patch. She might have been successful, but he smoked, so she had no incentive to quit.

I almost vomited but that would have ruined my plan. My whole body began to shake and I had to take several deep breaths and let them out slowly until I relaxed.

I walked back into the kitchen.

I moved the stove slightly away from the wall. I remember installing it. Propane has a slight acrid smell. I loosened the shut-off valve a bit and used soap to test the leak. Then I move the stove back in place.

Very little had changed in the house. The table had the same woven mat we bought in Arizona.

Calico purred and rubbed her face against my leg. She went willingly into her traveling cage where I fed her.

Outside the air smelled clean, a fresh crisp autumn day. The maple leaves were turning gold, orange, and red. The robins were twittering to each other, preparing for their southern flight. Today I felt a release.

When she asked me for this favor, she reiterated her desire for us to remain friends after what she called the misunderstanding. She said I should move on. Good advice. Yesterday I quit my job and today I vacated my apartment.

I put Calico in my car for the long drive to Montana. No forwarding address.

They will be back late tonight. They will attribute the slightly acrid smell to a house closed for a week. By habit, she will put an unlit cigarette in her mouth and hand him the monogrammed lighter I gave her. He will think it sexy to light it.