Things I Did That Summer 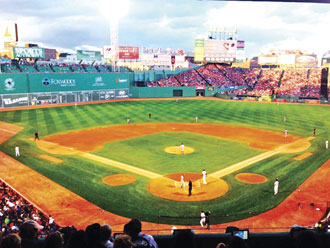 Sometimes I get this undeniable itch to go back to a place that really made an impact on me. This year it was a return pilgrimage to Fenway Park in Boston, Massachusetts with my husband, Tom and 24 family members - five children and their spouses and 14 grandchildren. We paid an obscene price for tickets to the game and because we were traveling to Boston from CT, we chartered a bus and off we went.

Boston, Massachusetts is a unique city. Not only is it steeped in history, it has outstanding museums, educational facilities and hospitals. To me, it has all the wonder of New York City but also the small town feel that for me only San Francisco can match. Most importantly, it is the home of the Boston Red Sox and Fenway Park.

To live in Boston and not be a Red Sox fan is heresy. The only two positives in Boston are Sunday Mass and the Red Sox. Everyone in Massachusetts and people in many surrounding States are rabid Sox fans but the Boston fans are in a class of their own. What other fans would be at a ballpark at 6:00 AM to watch their team on the big screens playing an exhibition game in Japan?

Bostonians truly believe that Fenway Park should be one of the wonders of the world. After all, it is the oldest Major League baseball park in the US. The ballpark is so named because it’s in the Fenway section of Boston. It opened in April 20, 1912 , the same day that the Titanic sank.  Fenway is one of only a few ballparks that the majority of fans get to by public transportation, in this case on the subway, known as the “T”. Yes, there’s parking near the park for around $30.00 but the “T” is only $2.00 and brings you almost to the door.

Next to the ballpark is Yawkey Way. This street was named for Tom Yawkey who owned the Sox from 1933 until his death in 1976. On this street, near the entrance to the ballpark, is a plaza just for Red Sox ticket holders.  Fans mingle, talk about their favorite players, have some food and fun, and buy Sox paraphernalia or “Yankees Suck” t-shirts. The favorite food of the worshipers seems to be the Italian sausage and peppers sandwiches, served on a hoagie roll and topped with provolone cheese.  Delicious!  Where else in America would you find an entire street, six blocks long devoted to fans of a team?

One of the best known facts about Fenway is its left field wall called the Green Monster. It is 37 feet high and runs 240 feet before giving way to the triangle known as center field.  In 2003 premium seating was added to the top of the Green Monster. Seats cost $200 and can only be obtained through the Red Sox lottery.  Plus many of these so called seats are standing room only. Some fans I have talked to say it’s worth it for the view.  I think of standing through an entire game and say ‘no thanks’.

From 1912 until 1933, when Tom Yawkey bought the team, there was a ten- foot high mound that formed an incline in front of the left field wall, extending from the left field foul pole to the centerfield flag pole. As a result, a left fielder in Fenway Park had to play the entire territory running up hill.  Boston’s first star left fielder, Duffy Lewis, mastered the skill so well that the area became known as Duffy’s Cliff.  Fortunately for the outfielders, Yawkey had it leveled.

Legends such as Bobby Doerr, Joe Cronin, Ted Williams, Carl Yastremski and Carlton Fisk are honored on the right field roof where their retired jerseys are displayed. Until recently, in order to have your number retired you had to have played for the Red Sox for 10 years and ended your career as a Red Sox player. There is also a “wall of fame” inside Fenway Park with plaques honoring many more of their great players

There are plenty of eateries and bars on Brookline Avenue which runs parallel to the Green Monster.  We popped in to one and found a table near a window that looked right out onto left field.  We had some snacks and drinks and watched our team warm up. My husband came back from the men’s room with the news that there are also long windows above the urinals so that even if you must answer nature’s call you still can watch the game.  How great is that?

You don’t even have to like baseball to love Fenway Park. The minute we arrived in the environs of the Park itself, I was embedded with the Red Sox magic. Walking to our seats the feeling just intensified John Updike called it “the little lyrical bandbox of a ball park”.  It’s like walking into the Emerald City.  Besides the looming Green Monster, all the seats are green, the walls are green and the perfectly manicured field is a beautiful shade of green.  There is one red seat in the right field bleachers. This seat symbolizes the longest home run ever hit at Fenway, a 502 foot blast hit by the legendary Ted Williams in 1946.

Standing there, looking out at the green monster, the perfectly manicured grounds, I think about the men standing at the urinals and watching the warm-ups. Suddenly I got a great urge for a big old’ hotdog!

The fans are what make this all so magical. They love their team.  Four nuns in their modern day habit- black skirt, stockings, shoes, white wimple and a Red Sox jersey!  They were yelling for the Sox. The fans cheer them, they boo them, and they can’t get enough of them. The Red Sox didn’t win a world series pennant from 1918 until 2004, but the fans hung in there. Crowds dwindled but the faithful turned out. In the last eight years there has been plenty to cheer about and the Red Sox have sold out every home game since 2003. They also have the highest average road attendance in Major league Baseball.

The Sox fans even have their own special rituals.  Every team has a seventh inning stretch and Sox fans honor this but they also have their own eighth inning fun, singing along to Neil Diamond’s “Sweet Caroline,” complete with theatrics, people swaying, snapping their finger—even young kids, boys and girls, get into it.

Too soon this perfect day came to an end.  The Red Sox beat the Arizona Diamondbacks 6-2.  I took one last look around Fenway Park, gathering in all the energy and spirit.  It is just a wonderful place.  God Bless America, God Bless the Red Sox and God Bless Fenway Park and God bless my grandchildren their parents, all of whom keep me young.

Ed. Note:  If Margie Keane was enthusiastic about the Red Sox when she first wrote this article, you can imagine how she feels now, that her beloved Red Sox won the World Series against my own favorite team, the Los Angeles Dodgers. 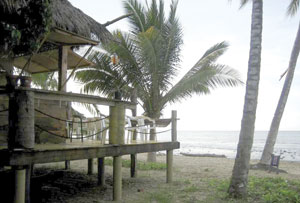 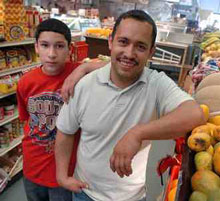 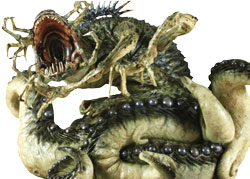 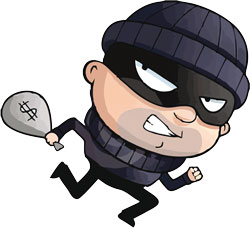 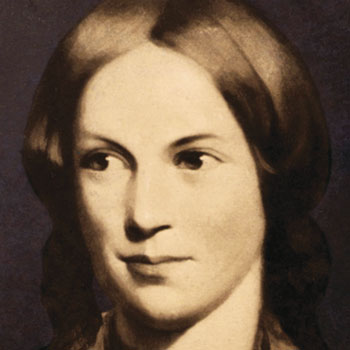