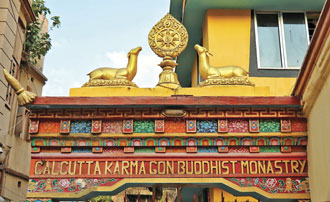 My friend Richard and I finished our business in Calcutta and decided to take the train home to Nepal where both of us were engaged as Peace Corps Volunteers. Well into our second year, we were seasoned enough to get along both in Hindi and Nepali. Adventurous by nature, Richard and I decided on a lark to travel to the Indian/Nepali border third class. Some would call it slumming; we called it cultural immersion.

The overnight trip began in the Calcutta train station whose platforms were crowded with weary travelers and homeless men sleeping on the bare concrete, families sitting together for a meal of rice, lentils, and chapattis, the Indian bread. A legion of hawkers navigated carefully through the crowd peddling everything from spiced chai to betel nuts and little bidi cigars.

Our third-class tickets in hand, we boarded the Lucknow Express at dusk, a train that had seen better days during the British Raj. It was no surprise that we were the only sahibs in third class, but we were welcomed by the ragged, the infirm, and the lower castes. There were no passenger seats, only bunk beds stacked three high on either side of the car, and we took the topmost beds for the long night ride. Folks settled in for the night, some with animals, some with bad dreams.

Our iron horse sped along at a clickety-clack 60 miles-an- hour into a very black night with no electric lights. Unable to sleep much, I flicked my lighter to study my watch and noted three am. Snorts, snores and wheezes filled the cabin. Richard saw the light and whispered let’s go into the vestibule for a smoke. We made our way into the enclosed space between cars where we could talk out loud without being heard and smoke some ganja, which Richard had thoughtfully purchased in a Calcutta bazaar.

A few tokes and we began to appreciate the speed and rhythm of the train careening north and laugh about our silly adventure. Suddenly, Richard’s jaw dropped, his eyes stared, and he pointed to the outside window. I looked behind me and gasped. There hung a man upside down on the outside of the window with a frantic expression and frenzied finger pointing at the door handle. We sprang to the window, threw open the latch and hauled Ram Bahadur into the vestibule.

He was frightened, sooty, thirsty, hungry and grateful all at once.

“Namaskar, Sahib! Shukriya! Shukryia!” he blurted, his palms pressed together. We retrieved some water and shared our munchies. Realizing that we saved him from certain death, he felt compelled to tell us his story. He, like many other Indians, can’t afford rail tickets and, as trains leave the station, they climb to the roof where they hitch a ride to towns along the way.

Our fellow, whose name was Ram Bahadur Mukerjee, fell asleep on the roof. He awoke just as he was falling off the edge but managed to brake his descent into death by catching a guard rail with his feet and ankles thus explaining why he hung upside down. His middle name, Bahadur, means brave, and we thought, how apt…

The engine whistled just then as though to celebrate our victory over death. Richard wondered if Ram’s rescue would increase our Karma. We passed the pipe around and laughed, almost hysterically. 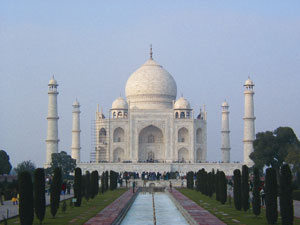 Calcutta—1977
Calcutta—1977 By Liz Larrabee   (Three weeks and hundreds of miles from Bombay to the Bengal Bay side of India.) I had been dined in opulence