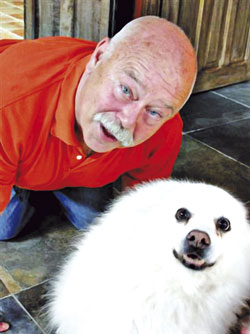 We need to repaint the inside of our house but I can’t bring myself to do it. Tom Faloon was here when we last painted and we’d be covering up memories.

In 2009, Tom was the design-builder who renovated part of our house with his longtime compadres in business, contractor Miguel Ramirez and his brother, Fausto, a talented painter.

My husband, Tom and I had struggled with the wall colors, Fausto mustering patience while blending sample after sample on his palette. My husband declared one of the six red patches on the wall to be the perfect color, but Tom insisted that it was too purple – he planned to have Fausto do a creosote rub over it and too-purple would be a total disaster.

“Well, we can go without the rub then,” Tom sighed, his face twitching, imperious yet hoping for the right words to both please his client and win the day. “But with all the beautiful things we’ve done here, it’ll be a shame … because you just can’t love ugly.”

Tom won, as he did almost every battle. The artist in him saw things that he wanted us to experience, like a specific color or angle of the bathroom sink, or the placement of a high window so that we’d greet the mountains while making our coffee – he brought dozens of his inner visions to life in our home.

Tom passed away on August 5, 2014, at the age of 71, after making a life for himself in Ajijic for over 40 years.At his wake, I greeted him through the glass top of his coffin, the Tom-shaped body so still, his chestly laughter and intensity gone. Among the mourners were contratistas, albaniles, fontaneros, electricistas, repartidores de tierra and ferreteria owners, all grief-stricken alongside Tom’s partner Carlos and their longtime friends, some with tears raining from their chins. He was beloved because Tom respected the craft of Mexicans who knew how to build things and make them beautiful; they’d brought him joy in their work and he always let them know it with his abundant humor, love and expressed admiration.

Tom died on what would have been my son Ryan’s 34th birthday – I’d lost him to the opioid crisis a few years before after he’d struggled mightily with bipolar disorder. Ryan had so loved visiting us here in Mexico and, shortly after his death, I woke up one day with the idea to build a small memorial to him in the back of my garden. I called Tom.

After he arrived, he stood and listened to my idea, agreed to everything, then asked if he could sit in the garden by himself for awhile. I went upstairs to write and, an hour later, I heard his soft voice calling from the yard, “Margaret, I’ve found something that Ryan will like.”

Tom had found a place to put the memorial that was nothing like I had originally envisioned, but it was perfect. Not only that, he said, “I’ll handle everything. You just go on about your life and then I’ll show you.”

A week passed and I was forbidden to look; Tom had the albañiles cover the project with plastic at the end of their work day. I’d wander out there some nights, but avoided the temptation because as they made slow progress, it felt as though Tom and the albañiles had been out there using pretty tiles and mortar to repair the cracks in this mother’s heart; I didn’t want to spoil the magic.

Finally, Tom showed it to me and I was so moved by its power that I broke down. I looked around at him and he was crying, too. He blubbered, “I’m so sorry it’s come to this, Margaret. But we can sit out here with Ryan and remember beautiful things …‘cause that’s what life is, beautiful and sad. They kind of compliment each other, if you think about it. Neither one lasts forever.”

We stood in silence and Tom held my hand. I will never forget that moment and cannot ever repay it.

Now I must do without Tom, too. By no means was I his closest friend, and I surely am not qualified to give an accounting of his amazing life because I only first met him in 2008.

But the Tom Faloon episode in my life is something I will always treasure, a time when an artistic, generous spirit chose to share some of his vision, humor and loving compassion with me. 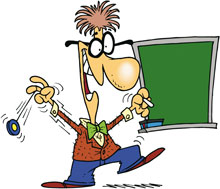 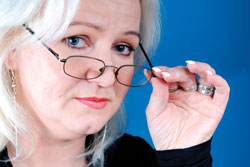