Alcohol is Not an Equal Opportunity Beverage 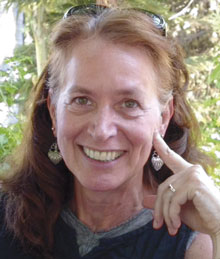 While the majority of people drink alcohol at least occasionally, very few people know much about it or how it affects their bodies. With the holiday season soon upon us, this is a good time to look at some of the ways alcohol affects different people in different ways. Unlike food, alcohol is quickly absorbed into the bloodstream without needing to be broken down by digestion. Absorption begins almost immediately after a person starts drinking. A small amount (about 20%) goes directly from the stomach through the stomach wall and into the bloodstream. Once in the bloodstream, it eventually reaches every cell of the body. When consumed faster than the body can metabolize it, alcohol begins accumulating in the blood. It is this accumulation that produces the physical and emotional changes associated with drinking.

Alcohol is definitely not an equal opportunity beverage: numerous factors affect the rate at which alcohol is metabolized and how it affects the body. While women are often smaller than men, which can raise their blood- alcohol concentration (BAC) more quickly, even a man and a woman who weigh the same and drink the same amount will not be affected similarly. Women’s bodies have more fatty tissue and less water than men of comparable size. When a woman drinks, the alcohol is absorbed into less water, raising the concentration of alcohol.

Hormonal fluctuations also affect alcohol metabolism in women. During the pre-menstrual phase, a woman absorbs alcohol more rapidly, reaching a higher BAC than she would get from drinking the same amount at other times. Women taking birth control pills also absorb alcohol faster.

Other areas of higher risk include brain damage, heart disease, and breast cancer. Female alcoholics have death rates 50 to 100 percent higher than those of male alcoholics. Several other factors influence the effects of alcohol regardless of sex:

1. Body weight – The heavier a person, the more water and blood there is in their body, thereby diluting the alcohol. Lighter people are more affected than heavier people by similar amounts of alcohol.

2. Food in the stomach – Food absorbs some alcohol briefly, slowing the rate of absorption into the blood. Don’t be fooled: this only delays the effect; it does not eliminate it.

3. General health – Malnutrition and illnesses such as liver disease, diabetes, and hypertension increase susceptibility to the effects of alcohol.

5. Age – The ability to metabolize alcohol decreases with age.

6. Carbonation – Because carbon dioxide causes pressure in the stomach, it moves the alcohol more quickly into the intestines, thus raising the BAC more quickly than non-carbonated alcoholic beverages.

Used in moderation, alcohol can be a tasty and pleasant relaxant. One or two glasses of red wine daily has even been shown to have healthful effects on the body. But in excess, alcohol can be devastating. It only takes two to four drinks to be at the legal limits for driving in many areas. As we move into the season of parties and celebrations, be sure to keep your “spirits” up with a shot of common sense.

Editor’s Note: Joy is a practicing psychotherapist in Riberas. She can be contacted at This email address is being protected from spambots. You need JavaScript enabled to view it. or 765-4988. http://joydunstan.weebly.com .