How Many Nails Are in Your Fence? 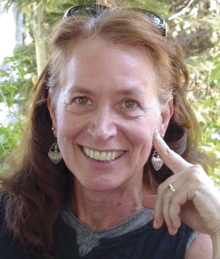 People get angry. They get angry and do or say things they regret later. So they apologize. And then they get angry again because their apology is not warmly received and all forgiven.

Sound familiar? So often I hear couples complain because one of them has a temper that erupts easily. That person vents their anger, gets over it quickly, and then expects an apology to make it all better. Meantime, their partner feels a lingering pain from the hurtful words or actions that were thrown at them earlier.

Here’s an old fable that illustrates this well.

There was once a young boy with a terrible temper. At the slightest provocation he would speak harshly and get angry many times a day. His wise father told him that each time he got angry he had to hammer a nail into the wood fence in the backyard. The first day the boy hammered 45 nails into the fence. The next day, with his arm sore from hammering, he tried to get angry less. He hammered only 25 nails into the fence the second day. Within a few weeks, the boy proudly went to his dad and told him that he had not gotten angry all that day.

So, the boy’s father told him that now he could start removing the nails from the fence. There were two ways nails could be removed: either if the boy could go an entire day without getting mad, or if the boy sincerely apologized to the person he had hurt through his anger. So, the boy began to apologize to people he had wounded, and he tried really hard not to get angry. Slowly, the nails all got pulled out of the fence.

One day, the boy proudly went to his dad and told him that all the nails were out of the fence. He told his dad that his anger was a thing of the past. His dad then led the boy to the fence and showed him that the fence was now riddled with holes. It was no longer the sturdy, strong fence it once had been. It was now weakened and damaged. “Do you see that?” the father asked the boy. “For you, anger is a thing of the past. Yet, this fence will never recover. Every time you get angry at someone it is like driving a nail into them. You may later remove the nail, but the hole is still there. The effect of your anger can not be removed.”

In life sometimes it is easy to get angry, easy to yell, easy to hit those we love. We ease our own consciences by saying, “He made me mad,” or, “She made me hit her.” We think, “It’s no big deal. I said I was sorry.” Or we say, “Oh, but that was yesterday. Today I’ve been nice.” For the one who got angry, it may be that easy. But remember the fence still has those holes in it, even though you have moved on.

The consequences of anger can be much more grave than whatever provoked it. If you’ve hammered a lot of nails, start pulling them out before it’s too late. Too many nails into someone and they will be permanently damaged and the relationship weakened beyond repair.

Editor’s Note: Joy is a practicing psychotherapist in Riberas. She can be contacted at This email address is being protected from spambots. You need JavaScript enabled to view it. or 765-4988. Check out her new website: http://joydunstan.weebly.com.