How The Other Half Loves 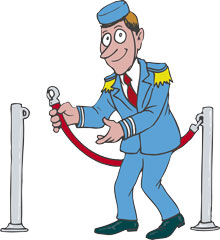 Brilliant! How The Other Half Loves is one of the best shows I have seen on the LLT stage. It’s a tour de force of theater which requires perfect timing and pace, and this cast delivers a truly stunning performance. There are two scenes simultaneously on the stage, and the action and dialogue crosses and re-crosses between them. The blocking and movement are amazing, and as the farce unfolds there are multiple misunderstandings and crazy telephone calls between the two scenes. The whole thing is tremendously entertaining.

Three couples are involved – “Frank and Fiona Foster,” “Bob and Teresa Phillips,” and “William and Mary Detweiler.” Frank employs both Bob and William and is considering promoting the latter. Apart from the differences in income, the three couples are illustrative of different behaviors according to age and social status.

Dave McIntosh has an excellent cast, who bring out these subtle differences with great skill. Roger Larson is wonderfully absent-minded as Frank, while Kathleen Carlson (a newcomer to the LLT stage) is smooth and charming as his wife Fiona. Fiona is having an affair with Bob Phillips, and in order to explain to Frank why she stayed out so late last night she indicates that she was comforting Mary Detweiler who apparently believes that William is having an extramarital affair. Bob and Teresa Phillips are very well played by Russell Mack and Collette Clavadetscher.

In contrast to the polite, distant and evasive relationship between Frank and Fiona, the Phillips’ home life is stormy and suspicious. Bob is an inconsiderate bully, and Teresa feels that Bob is neglecting her while she raises their baby. Also she wonders about mysterious phone calls made to their house, and when she confronts Bob he lies that he has been comforting work associate William who believes his wife Mary is having an affair.

The hapless and totally innocent Detweilers are invited to dinner, first at the Foster mansion, and the following evening at the Phillips’ noisier and cheaper residence. These two dinner parties are enacted simultaneously on stage, and everyone tries to be polite while various social disasters take place. This scene is very clever and extremely funny. Peter Luciano (another newcomer to the LLT stage) performs well in his role as the ambitious and sometimes pompous William, and Daphne Peerless is excellent as his nervous wife Mary.

The second Act is slightly less complicated than the first, as the various lies and schemes begin to unravel. With matters totally confused, at least in Frank’s mind, he summons everyone to his house in order to clear the air. He doesn’t exactly succeed, but they do realize that William has falsely accused his wife. In an amusing and also touching moment, he is forced to apologize to Mary – or as close as he can come to an apology. Finally, Fiona admits to Frank that she has had a casual affair, but manages not to reveal with whom. The play’s attitude to marriage is summed up by Frank who says “Well, it’s better than nothing.”

The acting and delivery of this ingenious play was first class. I congratulate director Dave McIntosh on successfully pulling off a theatrical conjuring trick. The pace was fast and furious, and all the actors were really living their parts. I saw the play twice, and it was wonderful both times. Many thanks to all involved, both onstage and backstage. Ann Swiston was Assistant Director, Cindy Hitchcock was Stage Manager and Candace Luciano was Assistant Stage Manager. The musical this year is “A Taste of Broadway” which opens at the end of February.

My review will not make it to print until the beginning of April, so next month I will give you a nostalgic overview of the LLT musicals over the last 10 years.