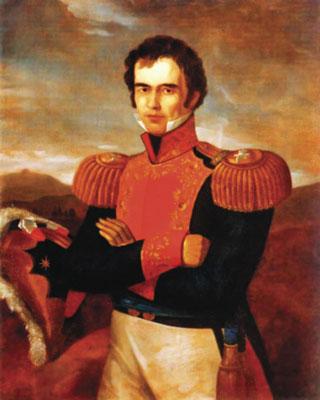 Guadalupe Victoria’s story is one of redemption.

Born José Miguel Ramón Adaucto Fernández y Félix, during the war he changed his name to Guadalupe Victoria to honor Our Lady of Guadalupe, the insurgency’s symbol and patron, and to commit himself to winning independence for Mexico. He announced, “La Independencia se afianzará con mi sangre y la libertad se perderá con mi vida!” (“Independence will be reinforced with my blood and freedom will be lost with my life.”)

Victoria fought alongside Galeana, Matamoros, Guerrero, and Bravo. During the siege of Oaxaca, he alone dared to cross the moat. He threw his sword to the other side and called out, “¡Va mi espada en prenda. Voy por ella!” (“There goes my sword as pledge. I’m going for it!”) He swam across, cut the rope holding up the drawbridge, and thus allowed the insurgents to breach the defenses and win the battle. He soon was leading his own forces on to many other victories.

But, as with the other insurgent commanders, his luck finally ran out. After a series of crushing defeats, his soldiers abandoned him. Bereft, unable to accept the amnesty the Spanish viceroy had offered everyone, he fled into the jungle.

For four years, Victoria hid alone in the wilderness subsisting on roots, berries, and small game. Eventually, he developed epilepsy (the disease that would one day kill him). It is hard to imagine the depth of his despair.

Nonetheless, when Victoria emerged from the jungle after the war, he learned that he’d become legendary. Indeed, after Iturbide’s abdication, Victoria’s immense popularity led him to become Mexico’s first president.

He led the country well. Confronting both a Spanish embargo and imminent bankruptcy, Victoria won formal recognition from other nations including the United States and Great Britain, the latter of which loaned Mexico huge sums. Facing simmering domestic divisions, he appointed a diverse cabinet representing all points of view. He established a merchant marine which opened up international trade, a navy which succeeded in defeating the final Spanish outpost in Mexico, and multiple seaports for them both. He expelled the rest of the Spaniards, put down several plots and rebellions (including one by his own vice president, Nicolás Bravo), abolished slavery, promoted education . . . and became the only Mexican president during the country’s first thirty years to complete a full term of office.

Not bad for a man who’d, for four long, lonely years, cowered in the jungle, an apparent failure. 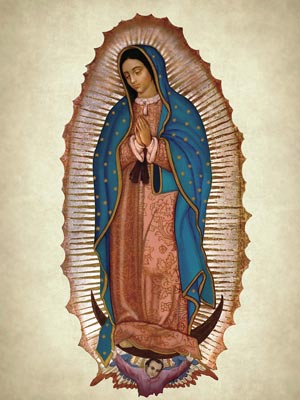