Say What! Weed Legalization in Mexico? 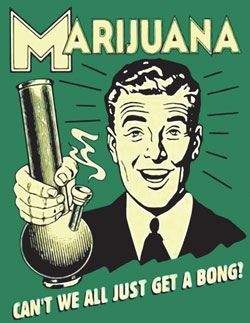 It’s a brave new world in Mexico. It seems there’s no end to the ‘say what!’ news in this the Western Hemisphere’s most evolving democracy. If you peek beyond the rhetorical and resort walls, what’s happening may challenge some of our dearly held views of Mexico. So let’s pause in this election year to contemplate our new home and the societal and political debates that are reshaping our Mexico lifestyles.

Writer Glen Olives Thompson wrote recently (Mexico News Daily) about how (despite our close ties) we Americans don’t know much about Mexico. The same applies to Mexicans looking north. It’s true, most Americans are either blind to their southern neighbor, or we form an opinion from vacation visits, a fleeting chat with the guy who mows our lawn, or current election hyperbole about our immigration mess. As a full-time Mexico resident, I see how North Americans who reside here (lakeshore and beyond) are sometimes no better informed, as socio-economic and linguistic walls still divide us gringos from our neighbors.

Mexican leaders and public opinion wrestle with issues from the intractable to the inane: education reform, bullfighting’s morality, tope eradication, trade union opaqueness, protecting journalists, putting the military back in the barracks, the rights of women, and poverty abatement. There are also the less strident reforms of recent times, like the banning of saltshakers on restaurant tables in Mexico City (blood pressure abatement), or how you get a 75% reduction in traffic tickets if you pay the fine within seven days (does that mean your original pecadillo was only 25% wrong?)

So it’s with this background of societal stirrings we learn last week Mexican president Enrique Peña Nieto’s intent to send legislation to congress to significantly liberalize Mexico’s draconian ‘mariguana’ restrictions.  The new law would open medical weed and up the personal possession limit to about an ounce. One could conclude this is just another case of Mexico adopting a trending US topic, as so often happens in the post-NAFTA world. However, some 70% of Mexicans say they are against liberalization. That’s not exactly a tipping point.  Are American travelers demanding this reform, with ‘I want my weed’ boycotts of countries that don’t permit marijuana use? Of course not. A more likely cause: the  societal and personal fatigue from a catastrophic war against drug transit routes crisscrossing Mexico that all point toward satisfying US consumers.

No matter where you stand on the marijuana issue, drug use liberalization was an unthinkable issue to champion just a few months ago. What’s telling is how this taboo has suddenly become a political priority. It’s as if Mexico’s people and leaders know things must change, but can’t decide where to start.  It’s likely we are years away from a ‘Jamaica-fication’ of the Mexico resort landscape. But it’s today that Mexico is in the throes of a transition like no other nation in our Hemisphere. It’s not always pretty to watch, but up north we’d better start seeing Mexico as more than a beach playground or political piñata for what might or might not make America ‘great again.’ What happens in Mexico most certainly will not stay in Mexico.