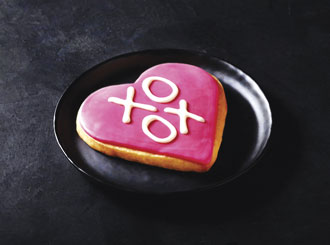 Chocolate has a four thousand year history and its origins are shrouded in myth. Mayans, Tolascans and Aztecs used the bitter chocolate mixed with chili in their religious ceremonies. Cortez wrote that Moctezuma consumed three gallons of chocolate per day as an aphrodisiac; although I doubt Cortez´s veracity, Moctezuma did have nineteen concubines. Reports tell that the emperor drank the bitter brew from gold goblets, which surely made the beverage taste a little sweeter.

There are numerous legends of how man learned about chocolate. The most often told is the tale of the plumed serpent god Quetzalcoatl, who so loved his hard working people that he stole a tree from his fellow gods, who were the only ones with knowledge about the cacao tree.  After Quetzalcoatl planted the cacao tree he later showed the Toltecs how to harvest, dry and grind the seeds.  He patiently taught his people how to mix the paste with chili and water to be turned into a refreshing drink. There is a surviving Aztec fresco that depicts the making of the chocolate drink. Figures are shown from harvesting, grinding, adding spices and pouring the beverage from cup to cup until a frothy beverage results.

When Quetzalcoatl shared the gods’ secret with man he angered the other gods, who thought the drink should be reserved only for their pleasure. Like Prometheus, of the Greek pantheon, who gave fire to man, the other gods decided to punish their fellow god. They tricked Quetzalcoatl into drinking pulque, the native tequila brew. The inebriated, light skinned god embarrassed himself in front of his people and the next morning he felt so ashamed he waded into the ocean, but he did promise to return one day. This promise is said to have worked in Cortez’s favor, although in reading the biography of the Spanish conqueror he made no such claim himself.

When chocolate was brought to Spain it was so valuable that only the royalty and the upper classes could afford the drink. Hernan Cortez started a Cacao plantation and told his king, “We will grow gold.” In 1656 the Spanish court painter, Diego Velázquez, painted the Spanish Royal family, the painting features the five year old Spanish Princess Margarita. She sits in the painting´s foreground holding a Mexican clay chocolate cup while everyone else in the painting, including King Philip IV, his wife, Velázquez, several servants, two dwarves, a dog and other court figures are in the background. One of the things that makes this painting unique is the king and queen are pictured as looking on from a mirror and the young princess herself is holding the precious chocolate cup. Incidentally, this painting is considered so valuable that it never leaves the Prado Museum.

Prior to 1732 the cacao beans were crushed and ground by hand, or in small amounts. During Europe´s Industrial Revolution there was also a chocolate revolution as machines were invented to crush the hard, dried beans into a consistent powder. Later the Dutch added powdered milk and in 1845 the Swiss Lindt family opened their first confectionary shop in Zurich, they were quickly followed by Cadbury in England and Milton S. Hershey in the U.S.    When the process became easier and more consistent, chocolate was then available to almost everyone.  The down side was the increase in slave labor to grow and process sugar, as well as cacao.

Cacao trees are small and must grow in the shade of taller, broad leafed trees such as banana trees. The cacao tree takes up to five years to produce and the tree is so tender the pods must be carefully harvested. Usually the harvester uses sharp knives attached to long poles. The pods are roughly the shape and size of a child´s football and the outer shell is ribbed and the coloring resembles some squash. When harvested the pods are split by hand and the white, slime encrusted beans are laid in the sun to dry.

To ensure uniformity some growing co-ops invest in solar powered dryers. When the beans or fruit are dried they are bagged and sent to warehouses to be tallied. Besides diseases, fungus and insects most farmers must fight against monkeys who love to raid and steal the ripening fruit. The Cacao tree only grows within twenty degrees north or south of the equator. The past few years there has been a dwindling of production, while the demand continues to grow. The farmers blame global warming for the shrinking growing zone.

In the past few years Chinese have begun to develop a fondness for the drink and that has doubled the world demand. The Indonesian government is investing in promoting cacao farming, but so far their efforts have not succeeded due to fungus and climate.

Recently I visited with Astrid Arce de Laurent from the Yucatán, Mexico. She tells me that Mexico is making an investment in the future production of cacao and currently Mexico produces about ten percent of the world´s needs. Much research continues to be done on the effects of cacao on the human system. It is confirmed that dark chocolate has a chemical called phenethylamine or PEA which releases a mood altering endorphin during sex, it also can “intensify feelings of attraction between two people,” according to Lori Buckley, a certified sex therapist.

Maybe the report about Moctezuma was correct. The February 2012 Journal of Sexual Medicine featured an article titled: Eat Chocolate for Better Sex. An excerpt reads,  “ . . . Chocolate leads to higher levels of desire, arousal and sexual satisfaction . . . participants who consumed at least one cube of chocolate a day experienced more active libidos and better overall sexual function than those who didn’t.”

In researching I read an article in Women´s Health which stated, “Chocolate isn´t junk food anymore . . . study after study proves dark chocolate . . . sweet, rich and delicious . . . is good for more than curing a broken heart.” Best Health lists seven reasons why chocolate is healthy. Number one states that dark chocolate is loaded with antioxidants and that dark chocolate, “appears to have more flavonoids than any other food.” Dark chocolate also can lower cholesterol levels. Studies show that healthy chocolate has at least 70% cacao, but research cautions that one should eat no more than four bars per week.

Well, I´m not sure if all this information is going to make me healthier, but it is an incentive to increase my consumption of chocolate!