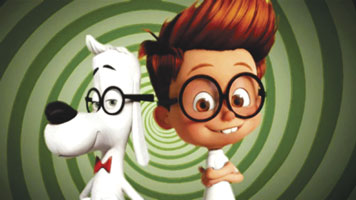 Over a film career that spanned several nerve-rattling years, I met many world-class characters. Some were sad, like my actor pal who at age 81 was still waiting for his first big break; or impressive, like the famous thespian John Carradine, who knew Shakespeare so well he could answer almost any question with an appropriate quote from the Bard; or comical, like Peter the Hermit, who used to wander along Hollywood Boulevard in a long white beard, flowing robe and wooden staff, looking like some bit player in a Biblical epic.

But for pure, uncut idiosyncratic antics, none matched those of a handsome, elderly gent I will call “Ronnie.” In his younger days, Ronnie had worked at Warner Brothers, specializing in “dialect dialogue,” and had written the Celtic-sounding dialogue for Bogart’s Irish character in the Bette Davis film Dark Victory and Indian-sounding words for Jeff Chandler in the classic, Broken Arrow.

By the time Ronnie and I met, however, he had been reduced to scribbling low-budget quickies and had forged an unbreakable bond with bourbon whiskey. He had just dashed off an utterly forgettable script called The Lucifer Rose, which I (quite by accident and at the last moment) had been employed to direct. When I offered to the producers several suggestions for improving the terminally hopeless script, Ronnie flew into a fit. Grabbing his liquid pacifier, he disappeared into his office just off the sound stage, saying he would make the changes but never wanted to see my ugly face again.

For the next few days, pages of the revised script would be slid out from under his office door and carried to the set, where I was frantically, at age 23, trying to pretend that I knew what I was doing. Then, on the third day, something brought Ronnie out of hiding. We were shooting a scene with an attractive young girl who was under the impression that she was playing the lead in the picture. When I informed her otherwise, she screamed, “Ronnie, that old jerkbastard! I’ve been sleeping with him for the last three months for a bit part!?” Just then I noticed the formerly-reclusive Ronnie hurrying though the shadows at the far end of the sound stage.

Later, he and I became pals, though I often teased him that he would do anything to make a movie, (so would I, for that matter), a charge he righteously denied. To prove my point, I called him one day, pretending to be a wealthy lettuce grower from the San Joaquin Valley anxious to commission a screenplay. I mentioned that I had seen action in the submarine service during WWII, and asked if he could write a script about my experiences, which I immodestly mentioned were the stuff of memorable movie drama.

Of course, he could do it if the remuneration was sufficient. Oh, fine, and could he write the main part for his son, who loved movies but had no acting experience? Ronnie allowed as to how that might be possible. Then the hooker: could the lad star in the picture, even though he’d been restricted for the past several years to living inside an iron lung?

Well, that was too much even for Ronnie and he finally jumped ship, sputtering a string of obscenities at the so-called lettuce grower, before slamming the phone down.

Ah, I miss those colorful characters, though I must say that their country cousins here in Ajijic run the Hollyweirdos a close second in sheer entertainment value.