The Best Time to Have Come of Age! 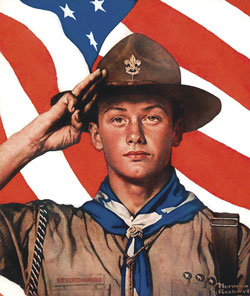 It all depends, I suppose, on our nationality and those fellow citizens one has most admired. A Frenchman might choose the tumultuous years of the French Revolution, while a Brit might select a time during which “the sun never set on the British Empire.” A Mexican could wish for the time of Benito Juarez, during what might be called Mexico’s own Age of Enlightenment.

As one born and bred in the United States, and of American parents, I choose my own country during the mid-1940’s. For high drama, there have been few periods (or people!) in US history to match it. The stage had been set some five years earlier, and at stake was nothing less than the preservation of democracy itself. Rising to the occasion, the country came forth with a plethora of people now considered legends.

Politicians? Franklin Roosevelt, today regarded along with Lincoln and Washington as one of America’s greatest presidents. Military Leaders? Eisenhower, MacArthur, Nimitz, Halsey, Arnold, Bradley, Marshall and Patton. No military leader since has come even close to matching their stature.

As for science, the time gave rise to men of genius like Einstein, Salk, Avery and Seaborg. The field of literature saw the ripening of talents like Ernest Hemingway, William Faulkner and Thomas Wolfe, the theater world the maturing of writers like Eugene O’Neill, the emergence of Tennessee Williams and the teaming of Rogers and Hammerstein.

The field of journalism brought forth stalwarts like Edward R. Murrow, Eric Severeid, Charles Collingwood and the much under-rated Martha Gellhorn.  The world of dance was led by Astaire and Ginger Rodgers, as well as the brilliant choreographer Agnes DeMille.

Hollywood was filled with stars today considered the best and most magnetic ever, men like Gable, Bogart, Colman, Stewart, Tracy and Flynn, while replacements have rarely been found for actresses of the caliber of Hepburn, Davis, Garson, Dunne and Stanwyck.

But the best thing about the United States in the mid-40’s was its national spirit. In the lead-up to the war, its armed forces ranked 18th in total numbers. By the end of the Second World War, it had ten million men and women in uniform and had become the dominant military and industrial power of the entire world. It could never have been done, however, without an American home-front that had been inspired to rediscover the very best in its national character.

Little things stick in my mind. Everyone shared in the sacrifice. Shoes had less leather, glasses less glass, faucets were made of cast iron instead of brass, bicycles could weigh no more than thirty-one pounds, fly swatters were made of wood, girdles went from rubber to whalebone, nylon went from women’s legs to parachutes, while war bonds, many promoted by film celebrities, sold in the hundreds of millions of dollars. Castor oil was used as a motor lubricant and even spider web thread saw duty as the cross hairs in gun sights.

Bigger things: almost every large industrial plant went into the production of the weapons of war: Chrysler made the engines for the famous PT boats, Willys turned out Jeeps by the hundreds of thousands, Firestone Tires made tens of thousands of anti-aircraft guns, while Ford was rolling off the assembly line a brand-new B-24 bomber every sixty-three minutes. Within less than two years, America was producing several times more war materiel than Germany and Japan combined. One payoff was that on D-Day, June 6, 1944, the German Luftwaffe could get up into the skies over Normandy only 319 planes—compared to almost 14,000 Allied aircraft.

Little wonder, then, that anyone would not have wanted to come of age in that most monumental period in all of the history of 20th century America.