And now, the News 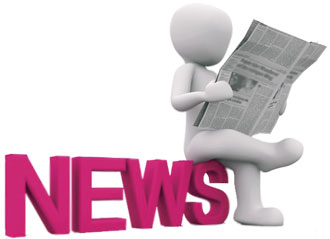 During my lifetime, I have seen many changes in the world. One that troubles me the most is the decline of the news industry. As a student of journalism, I was schooled in the crucial role it plays in our relationship with our government. In the United States and in Britain it was referred to as the Fourth Estate.

I learned about what makes items newsworthy. And learned the difference between news and opinion. For instance, a person writing a column is writing their opinion. Newspapers have an opinion page or section. The importance of differentiating between what was news and what was opinion was understood.

But two major events happened in the 1980s that had a profound effect on journalism. The “fairness doctrine” was dropped by the Reagan Administration. Starting in 1949, this doctrine, administered by the Federal Communications Commission (FCC), required the holders of broadcast licenses to both present controversial issues of public importance and to do so in a manner that was—in the FCC’s view—honest, equitable, and balanced. In other words, presenting both sides of an issue. That ended in 1987 and held true for broadcast news. In journalism, we had the same tradition, that being, nothing could be printed unless it had been verified by at least three reliable sources. This, too, has become more lax.

The other major event was the introduction of the 24-hour-news broadcast, as started by Turner Network Television, in 1988. A visionary, Ted Turner thought that it was time to present news throughout the entire day. Suddenly headline news developed. Breaking news, which I like to call broken news, developed. There were positives and negatives that accompanied trying to provide round-the-clock news. The main negative, as I see it, is that providing well-researched world and national news with the accuracy we had come to expect from ABC, CBS, and NBC ceased. The ratings contest became a war. And news departments were suddenly forced to become a profit center.

Frequently, accuracy was sacrificed to “on-the-spot coverage.” The poor on-screen reporters were forced in front of a camera and told to present the story. This hurry-up reporting cleared the way for a lot of supposition and a “we’ll worry about the facts later” attitude. Viewers were given a rough draft, so to speak. There was, and still is, a lot of misinformation as reporters made suppositions about an event, such as the Oklahoma City bombing that thought to be a foreign terrorist act.

Well, as it turned out, it was; but not in the sense the term was understood back then. Terrorists were foreigners. Timothy McVeigh was a homemade, homegrown terrorist who had a deep-seated hatred of the federal government, stemming primarily from the federal response in the Ruby Ridge incident and later the siege in Waco that he personally witnessed.

With the Internet becoming more accessible, websites and blogs popped up and began conveying opinions, which many people mistook as fact. Some of the more popular crossed over into broadcast television, and people accepted these opinions as facts. Skeptical Americans slowly learned how to spot the difference.

This is where I see news devolved into info-tainment. Nuanced and measured reporting seemed to give way to speculation, and people who didn’t like what they were hearing were confused by the information they were receiving, or those with unshakeable conflicting agendas would simply call the news “fake.” It was at this point that news became polarized. We had entered an era where the messenger was more important than the message. If so-and-so reports it, it must be true. Or, flip the coin over, if so-and-so reports it, it can’t be true.

Now it is easier to listen to or just read a headline and form an opinion than it is to delve into a story and fact-check it. This has produced a population that is by and large devoid of critical thinking. Back when Grandma was my age, she used to tell me to believe only half of what you read, 25% of what you watch, and none of what you hear. If I wanted to know the truth, I got pointed to the encyclopedia or sent to the library.

This is an incredibly important time for the entire world. With a global pandemic raging, information and misinformation are distributed equally. Only a tiny percentage of us are epidemiologists, scientists, or doctors, leaving the rest of us at the mercy of “the news.” Our very lives depend upon the reliability of that news. Hint: Politically driven information is not a reliable resource at this point in time.

In the U.S. “news” is mostly all politics all the time, even when the subject should not be politicized at all. We have a world filled with news that is marvelous as well as horrifying. But we need to see the whole picture. We need this for planning our future, investing our money, raising our children and grandchildren.

Newspapers never have been nor will they ever be perfect. But I miss the times when perfection was the goal.

[Ed. Note: The Ojo is not a newspaper. We are a monthly periodical. And an Editorial is also part of the opinion section. Polite suggestions as to content are always welcome.]