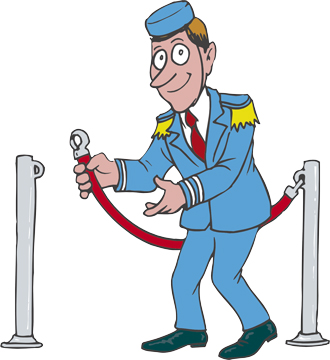 This is a remarkable play by a young American playwright. Stephanie Alison Walker has set the scene in 1978 Argentina during the brutal regime of President Videla. Anyone who opposed the regime or had left-wing views was “disappeared” and probably tortured or killed. Particularly vulnerable were young pregnant women. Their children were adopted by couples who supported or were employed by the regime. The natural mother became a “desaparecido.”

How does this intolerable situation affect ordinary people? The scene is set in a small apartment in Buenos Aires where an old lady, “Josefina,” lives with her daughter “Carolina.” Marsha Heaton is outstanding as the spunky Josefina, who refuses to give up on life and cooks and cleans and even sings the old songs. Maybe these terrible times will pass and we can all be happy again. But she is also a realist and knows that we must be cautious, and not talk to the neighbors who might be spies.

Liz O’Neill is also very good in the role of Carolina, who is more defiant and goes out to demonstrate on the plaza, wearing a white headscarf. They are both extremely anxious about “Belen,” who is Carolina’s daughter and eight months pregnant. They don’t know where she is, and fear that she has been captured and is being held at the notorious ESMA, Argentina’s most renowned detainment center.

Into this tense atmosphere there come two fellow travelers, a kindly old friend, the priest “Padre Juan,” and a young soldier, “Diego.” But the padre may also be a spy, and Diego has found meaning in his life by supporting the regime. Jeff Kingsbury is perfectly understated as Padre Juan, while Nicolas Cumplido is suitably humorless and rigid as Diego. Later, Diego brings the pregnant Belen (from prison?) to her “birthday party.” The tension is almost unbearable. Angelica Guerra is subdued and soft-spoken as Belen, an excellent debut on the LLT stage.

Dave McIntosh found the right cast for this play and has created a small masterpiece. The acting and the timing were so good that I forgot that it was a play. This is what it must be like to live under a cruel and oppressive regime that captures its own people under the guise of patriotism. At the end of the play, Josefina and Carolina defy their despair by donning white headscarves and come forward with a picture of Belen. These are the Madres. To this day, they march in the plaza every Thursday afternoon. It’s a magnificent ending to the play, and a tribute to the human spirit.

I was impressed by the professionalism of this performance. Oscars to the director and cast! Win McIntosh was stage manager and Sandy Jacubek was her assistant. I should also mention the music and sound which were very effective.

Next up is This Random World by Steven Dietz, which opens on December 10. Good luck!