By Alejandro Grattan-Dominguez
(From the Ojo Archives) 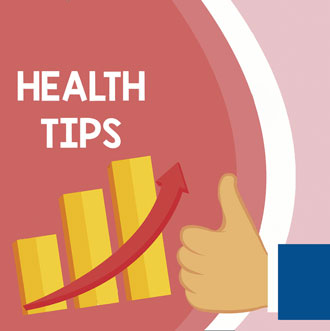 In an amazing flip-flop, coffee is the new brain tonic. A large European study showed that drinking three to five cups of coffee a day in midlife cut Alzheimer’s risk 65% in late life. University of South Florida researcher Gary Arendash credits caffeine: He says it reduces dementia-causing amyloid in animal brains. Others credit coffee’s antioxidants. So drink up, Arendash advises, unless your doctor says you shouldn’t.   Grow new brain cells-Impossible, scientists used to say. Now it’s believed that thousands of brain cells are born daily. The trick is to keep the newborns alive. What works: aerobic exercise (such as a brisk 30-minute walk every day), strenuous mental activity, eating salmon and other fatty fish, and avoiding obesity, chronic stress, sleep deprivation, heavy drinking and vitamin B deficiency.  Drink apple juice—Apple juice can push production of the “memory chemical” acetylcholine; that’s the way the popular Alzheimer’s drug Aricept works, says Thomas Shea, Ph.D., of the University of Massachusetts. He was surprised that old mice given apple juice did better on learning and memory tests than mice that received water. A dose for humans: 16 ounces, or two to three apples a day.  Meditate—Brain scans show that people who meditate regularly have less cognitive decline and brain shrinkage - a classic sign of Alzheimer’s - as they age. Andrew Newberg of the University of Pennsylvania School of Medicine says yoga meditation of 12 minutes a day for two months improved blood flow and cognitive functioning in seniors with memory problems.

—What to Drink for Good Memory—

A great way to keep your aging memory sharp and avoid Alzheimer’s is to drink the right stuff.  Juice—A glass of any fruit or vegetable juice three times a week slashed Alzheimer’s odds 76% in Vanderbilt University research. Especially protective: blueberry, grape and apple juice, say other studies. Drink Tea—Only a cup of black or green tea a week cut rates of cognitive decline in older people by 37%, reports the Alzheimer’s Association. Only brewed tea works. Skip bottled tea, which is devoid of antioxidants. Caffeine beverages—Surprisingly, caffeine fights memory loss and Alzheimer’s, suggest dozens of studies. Best sources: coffee (one Alzheimer’s researcher drinks five cups a day), tea and chocolate. Beware caffeine if you are pregnant, have high blood pressure, insomnia or anxiety.  Red wine—If you drink alcohol, a little red wine is most apt to benefit your aging brain. It’s high in antioxidants. Limit it to one daily glass for women, two for men. Excessive alcohol, notably binge drinking, brings on Alzheimer’s.

Try to avoid: Sugary soft drinks,  especially those sweetened with high fructose corn syrup. They make lab animals dumb. Water with high copper content also can up your odds of Alzheimer’s. Use a water filter that removes excess minerals. Love life and your friendships.  It is your gift for this day—to have and to share.  We never know when our time is up so make the most of each day.

Note: We publish this article periodically as a reminder to our many wonderfull readers.