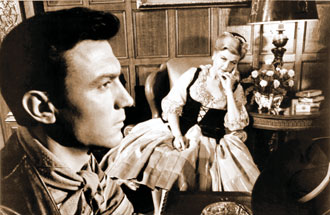 In 1962, Hollywood released a film that became an instant classic. It starred Frank Sinatra, Lawrence Harvey and Janet Leigh, and was directed by John Frankenheimer. George Axelrod wrote the screenplay, which was based on his novel.

The movie was produced at the height of the Cold War, and deals with an American soldier taken prisoner by North Korean forces in 1953 during the final months of the Korean War. While in captivity, the soldier (from an ambitious and prominent political family) is brainwashed to obey instructions that are later transmitted by Communist agents operating in the USA, orders that are deeply antithetical to America’s best interests—but of great benefit to what was then called the Soviet/Communist bloc.

This movie came to mind recently as many prominent political pundits and politicians in the United States (and abroad) have angrily questioned a great many of President Trump’s bizarre statements and actions regarding Russia that seem wildly favorable to Putin’s regime but counter to the interests of the president’s own country, to wit:

Despite the consensus of all seventeen of America’s intelligence agencies that Russia massively interfered in the last presidential election, the American president prefers to take Putin’s word that such was not the case. Of greater import, no federal program has yet been put in place that would make sure that such interference will never succeed again.

Alarmingly, a great deal of evidence now indicates that Russia has geared up to again interfere with our 2020 presidential election! But this past February, Trump severely cut the budget of those groups that were to be set up to guard against such maneuvers by Russia or any other foreign government. Further, the Senate Majority Leader has repeatedly blocked any legislation that would defend democracy from even coming to a vote.

Despite Trump’s repeated denials of having anything to do with Russia prior to his election, proof has now materialized that he was knee-deep in negotiations with Putin to build a skyscraper in Moscow, this during the primaries and right up to his election in November of 2018.

For several months, the president has been trying to undermine NATO and has made clear that he wants to take the U.S. out of an alliance which has helped keep both Western Europe, as well as the United States, safe from Russian aggression for the past 70 years. Again, such a departure would be the realization of a fond dream for Putin, but a nightmare for the democracies of Western Europe, as well as for the United States.

The American president has now met privately with Putin several times, but contrary to time-honored custom has not always been accompanied by a foreign relations expert—and in two such meetings has not had even an American interpreter . . . nor has he told the American people what was discussed at these meetings.

The president ridicules American career diplomats for trying to warn him of various problems around the world, believing that through one-on-one diplomacy and personal charisma, he can solve any and all problems. One “solution” was with the leader of North Korea, who after meetings with Trump, sharply stepped up his missile program.

Further, when told by the American Intelligence Community that North Korea had rockets that could reach the United States, Trump said that Putin had told him it did not, and ended the discussion by saying, “I believe Putin.”

Trump has chosen to overlook Russia’s annexation of the Crimea and the invasion of the Ukraine—even while all the rest of the Western allies severely condemned Putin for his atavistic behavior.

Dozens of important positions in the Defense Department remain vacant because Trump has shown little or no interest in filling them.

All of the above would suggest that the American president is in the thrall of a force he cannot control—much like the main character in the above-mentioned movie, or equally ominous, is being blackmailed; or worse yet, is allowing an adversarial country to sabotage the very essence of democracy in America in order to secure future financial advantages for himself from the Russian government. What this may mean for the future of the United States, a country that has often been an inspiration to the rest of the world is frightening to contemplate.

Note: The Mueller Report has not found any conclusive evidence of direct collusion with Russia on the part of Trump himself, though several of his top political aides (including his former Campaign Manager and his personal lawyer) have been found or have pleaded guilty to have lied about their contacts with Russia. All told, there have been no less than 34 indictments or guilty pleas. For a so-called “witch-hunt,” there have obviously been a lot of “witches” out there.

What the Report stated without equivocation was that Russia massively interfered with the last presidential election, and exclusively on behalf of Donald Trump. If the president does not act to protect free and honest elections, surely the death of democracy* itself may be guaranteed.

*Many years ago, the late President Ronald Reagan, speaking at the site of the Allied Landings at Normandy, remembered the thousands of Americans who had died that day defending democracy, which Reagan called “the most deeply honorable form of government that in all of history has ever been devised.”