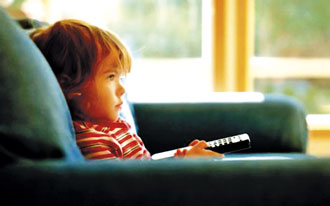 Once upon a time and so long ago that I am reluctant to mention a specific time-frame, I enrolled at Texas A&M, hoping to someday become an officer/flyer in the United States Air Force, and with any luck at all, a gentleman, as well. For as long as I can remember, the major military colleges in the United States, hallowed institutions such as West Point, Annapolis and the Air Force Academy, have held the high ideal of providing the United States with a never-ending stream of first-rate military leaders who were also exceptionally fine human beings, i.e., “officers and gentlemen (or ladies, because for the past several decades, that goal has included future women officers, as well.)

Texas A&M was back then, and had been for many years, the largest military college in the world, its graduating classes often numbering in the thousands of cadets, as against those at Annapolis and West Point, whose graduates usually numbered yearly in the hundreds. In WWII, a huge number of college-educated officers in the United States Army had come from Texas A&M.

I mention all this because the same referenced code of gentlemanly conduct should likewise apply to the Commander-in-Chief, who is, of course, also the President of the United States. Yet the current President’s recent diatribe against a well-known American journalist, in which he shamefully and needlessly mentioned that she had recently undergone a face-lift, seemed far beyond the normal political discourse and indicative of a deeply-seated antipathy toward women. Sadly, such snide remarks are the rule rather than the exception.

“Megyn Kelly’s blood was coming out of her eyes, her wherever …”

“Arianna Huffington is unattractive, both inside and out. I understand why her husband left her. He made a good decision.”

“Hillary Clinton cannot satisfy her husband, what makes her think she can satisfy America?”

“On military sexual assault cases, 26,000 unreported cases, only 238 convictions. What do they expect when they put men and women together?”

“Look at Carly Fiorina’s face (recent contender for the Republican nomination for president). Would anybody vote for that?”

Re critical female reporters: “It really doesn’t matter what they write as long as they’ve got a beautiful piece of a**.”

To an attorney who called for a brief recess in a court proceeding to use a breast pump to feed her three-month-old daughter, “You’re disgusting!”

To the misogynistic remarks, I would add what many consider Trump’s most sickening display of bad behavior, his heartless ridiculing of a disabled reporter.

It is one thing to approve/disapprove of the politics of the current administration. Each of us is entitled to our opinion, which will depend on our personal/family history, party affiliation, education and general philosophy about the basic role of government. But regarding his uncivil behavior, we can apply a far less flexible criteria and start by asking a simple question, as it relates to being an “Officer and a Gentleman.”

Can you imagine any of the foregoing statements or the above-cited behavior with the crippled reporter having been made or committed by any former Commander in Chief like . . . Lincoln, Eisenhower, FDR, Reagan, Kennedy, or even Nixon? Or military leaders like Pershing, Marshall, Nimitz, MacArthur, or (going way back) Robert E. Lee?

Equally troubling is that when incivility is commonly demonstrated by the man holding the highest political position in the country, such behavior tends to “normalize” it in the minds of children.

“Class” and “Civility” can sometimes be difficult words to adequately define when it comes to behavior and style, but the distinct lack of such attributes is far easier to recognize.