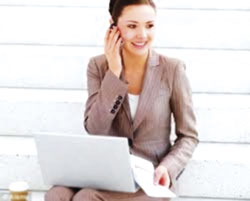 In the past ten years, Mexican women have come farther than even the most optimistic of them could have imagined. Here at Lakeside, women now hold responsible positions at several banks and many important businesses. In Guadalajara, women can be found in the executive offices in virtually every industry and organization. Moreover, the modern Mexican woman has even created a vital place for herself in the world of politics, one of the last all-male bastions to finally fall.

This success has changed the way many women in Mexico now view their country, children, and husbands—a switch in viewpoint and attitude that has filtered down to a younger generation. The message is clear: no longer will the Mexican woman place her deepest dreams and fondest hopes on indefinite hold. The right to self-fulfillment is no longer reserved only for the men of Mexico.

And yet, both the men and women of Mexico still have a long way to go. Consider the following true story. Only the names have been changed (as they used to say on the old Dragnet TV shows) to protect the innocent; and in this case, the guilty, as well.

Maria is in her late 20’s, was born and raised in Ajijic, and as a young girl often migrated north with her family to work in the apple orchards in the state of Washington. Maria married while still in her teens, and today has two young children. She also has a husband, Ektor, who thinks honest work should be outlawed, and who wastes most of his ample free time swilling beer and chasing skirts. Maria has been the sole support of the family for the past several years, usually working as a domestic here at Lakeside.

But Maria has a dream. Two years ago, while up in the States, she enrolled in a trade school and soon mastered shorthand and typing, graduating first in her class (out of a class of 36) and was thought by her teachers an ideal candidate for a good secretarial job. It probably also didn’t hurt that Maria is a very pretty and slim young woman, with a marvelous personality. (Already I can hear the “politically correct” crowd starting to grumble.)

Her husband, however, has other ideas, and recently eloquently conveyed his wishes by breaking Maria’s nose. She is now seeking a divorce. But the first lawyer she went to consented to take her case only if she would have sex with him. Another lawyer in Guadalajara, this one middle-aged and slightly more subtle, advised Maria that he would commence legal proceedings against her husband the moment she was safely settled in his “casita,” that euphemism for a second dwelling, well away from the main house and the not-so-understanding wife.

Yet the biggest disappointment has been Maria’s own mother, who when she first learned of the beating, took sides with her daughter’s husband. It was Maria’s fault! She had given her husband only two children, and he had every right to punish her. The mother had herself given birth to ten kids, and could not understand why Maria had not tried for the same even number. Moreover, as of late, the mother has become convinced that Maria is possessed by a demon, and has asked a local padre if Maria should submit to (ready for this?) an exorcism!

If all this sounds like something out of the Spanish Inquisition or the  Salem Witch Trials, that’s also part of the problem. It has been said that in Mexico, the past, present and future always sit facing each other like hostile neighbors.

Maria’s story is as yet without an ending—and another somber reminder that while the women of Mexico have made great strides in the recent past, they still have (to paraphrase the poet Robert Frost) miles to go before they sleep, and promises to keep—mainly to themselves.

(For more articles by this author, go to: http://thedarksideofthedream.com/ )