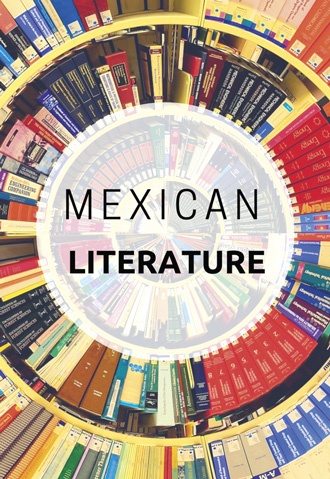 Early in the 19th century, a gentlewoman from New England visited Mexico City. In her diary she wrote: “The rich, aristocratic ladies do nothing useful or enlightening. All day long they laze about in dishabille. They never open a book. In fact, most of them cannot read.”

Judging by what was then available, they weren’t missing much. The first printing press arrived in Mexico City in 1537. The city of Guadalajara did not have one until 1793. But for nearly two centuries, the bulk of printed material consisted of tedious religious tracts, geographic chronicles, and dictionaries of Indian languages. Permission to publish anything had to be obtained from both the viceroy and the bishop. Even poetry was carefully scrutinized for the slightest hint of heresy, or dishonor to the Spanish King.

Later in the colonial period, creative writers began to appear. Jose Joaquin Fernandez de Lizardi (1776-1827) published what is considered the first novel in Spanish America. His novel, the satirical El Periquillo Tormiento (The Itching Parrot) is a picaresque depiction of life in colonial Mexico. The book was translated into English in 1941 by one of America’s most famous authors, Katherine Ann Porter.

During the chaotic wars of independence and revolution, the presses came to a halt (except when they were turning out worthless paper money). But in the intervals of relative calm, Mexican writers produced novels of outstanding quality which had great influence on the populace. Because of space limitations, we can only mention here a few of these writers.

Armando Nervo (1870-1919) began his career as a newspaperman in Mazatlan. In 1894 he moved to Mexico City where he wrote El Baccalaureate (The Baccalaureate). His poems and short stories have been collected in 29 volumes.

Martin Luis Guzman (1887-1926). After studying law, Guzman joined the revolutionary forces as a coronel with Pancho Villa. His experiences are recorded in his memoirs El Aguila y La Serpiente (The Eagle and the Serpent), which was translated into English in 1930 by Harriet de Onis. Guzman is also famous for La Sombra del Caudillo (The Shadow of the Leader), which depicts the political corruption of the 1920s.

Gregorio Lopez y Fuentes (1895-1966). Though his initial attempts at poetry were unsuccessful, his first novel Tierra (Land) about Emiliano Zapata was widely read. His most celebrated novel El Indio (The Indian: They That Reap) appeared in 1935.

Octavio Paz (1914-1998), perhaps Mexico’s best known writer, received the Nobel Prize for literature in 1990. His Labyrinth of Solitude is considered the most profound depiction of the character and culture of Mexico ever written. His later works, some written in English, touch on the ability of people to overcome solitude through love and artistic endeavor.

Another writer worthy of mention is Carlos Fuentes, whose novels The Death of Artemio Cruz and The Old Gringo are considered classics. In addition to his literary endeavors, Fuentes has had a distinguished career in the Mexican diplomatic corps, and his political observations and social essays are widely read.