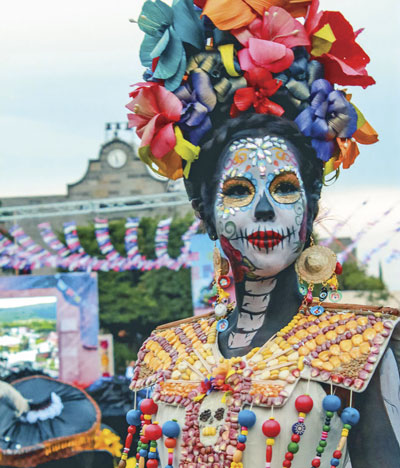 Many people think of Día de los Muertos, or Day of the Dead Celebration as a Mexican holiday. However, the truth is the Mexican celebration of death is actually an amalgamation of several cultures, but with a uniquely Mexican twist. Anthropologists and Mexican historians postulate that the rituals honoring the dead began in Mesoamerica between 3,000 to 5,000 years ago as a part of life. The first settlers realized that death is a part of one’s life cycle. When someone died that person began a challenging journey, and for this adventure to Chicunamictlán and finally Mictlán, the dead, like the living, would need food, water, and tools. Today’s Mexicans place these necessities either on a deceased family member’s grave or on a home altar. Although, today’s libations usually include tequila or cerveza to help boost the spirits along on their journey.

The indigenous peoples set aside time in August to honor their ancestors. November First, or All Souls Day, was easily adapted by native Mexican people upon conversion to Christianity. Just as early Christians had adapted the Roman festival honoring the deceased, the first people of the Americas adapted their festivals honoring ancestors with bonfires, dancing and feasting. Once more the Catholic Church adapted existing festivals into their beliefs and practices. When the medieval Spanish arrived in Mexico they brought their tradition of visiting gravesite with wine and pan de ánimas (spirit bread) to the gravesites. The Spaniards also covered graves with flowers and candles to guide souls back to earth for a visit. Which today’s Mexicans can sometimes carry to creative and excessive extremes, but that is really a part of the beauty and enjoyment of this celebration. Sometimes neighbors and businesses compete to see who can be most creative, or extravagant.

El Día de los Muertos is more than an adaptation of Spanish Catholic and indigenous beliefs and customs. It is not a Mexican version of Halloween, but is a Mexican celebration of life that pays homage and gives respect to those who have preceded us. UNESCO recognizes that Mexicans celebrate this fact of life in both a truly “Mexican” and unique way and for this UNESCO has bestowed the term of Cultural Heritage to Mexico’s celebration.

Although Day of the Dead, or All Souls Day, is as old as civilization, in Mexico the honoring of the dead continues to evolve, thanks to art and the movies. In the last part of the 1800s the Mexican artist José Guadalupe Posada drew an iconic political cartoon mocking the rich women of President Porfirio Díaz’s entourage, these women were portrayed as fashionably dressed skeletons which later influenced Diego Rivera’s mural, Afternoon in Alameda Park, where he included a skeleton in an oversized hat and elegant clothes. He named her Catrina, which is slang for Snooty Rich Woman, and today we call these well-dressed skeletal dolls Catrinas. Some people collect these dolls, and many more people dress as Catrinas, to celebrate Halloween, by painting their faces to resemble skeletons while dressing in exaggerated style.

Today the movies spread the message not to take death too seriously because eventually we will all break our earthly fetters. The upbeat Pixar movie Coco showed the fantastic and colorful world of the dead and their yearly re-uniting with the living. The movie, beautifully illustrated and enhanced with music and vibrant colors and great dialogue, showed that although our loved ones may be gone, they will live with us forever as long as we remember them. The James Bond movie Spectre also helped spread the Mexican Day of the Dead festivities to a worldwide audience as Bond and his pursuers raced through a colorful parade of Catrinas and other celebrants. The animated movie The Book of Life gained international following because it blended Mexican culture with European fairy tale when the rulers of the Land of the Forgotten and the Land of the Remembered wager for the soul of one young man. However, it is not a Faustian tale, it is a brilliant and truly colorful Mexican story.

Whether you to go the Pantheon to see the beautifully decorated graves and mingle with people remembering their loved ones, put a ghost or jack-o’-lantern on your porch to celebrate Halloween, or not. Think about covering some boxes with a nice tablecloth, arranging a few family photos, setting out some pan de muertos and buying some marigolds for your altar and pray that someone will do the same when you are no longer here to celebrate a life well lived. 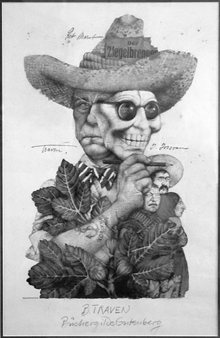