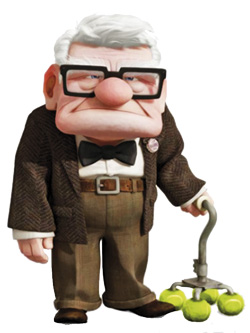 We jumped into our personal Hover Pod, parked near the Malecon, and handed a Bitcoin voucher for $500 pesos to the kid to watch it. We hurried down Colon toward Tango restaurant. It was a brilliant sunny day in Ajijic, even if it’s now artificial.

We remember 2018, the last year we had real sunshine and clean air. That was before the snows came, before pollution blocked the sun—before nuclear debris and radiation floated down from the Global Wars up North.

Looking up, my husband Rob pointed to the protective glass bubble that shields the lake. “Looks almost real, huh? Here’s hoping they don’t have any power outages.”

“How can they? Everything’s solar, backed up by hydrogen fuel cells and enough energy reserves to last until the end of the 21st century.”

He almost tripped, suddenly looking downwards. “Careful, honey, they still haven’t fixed the potholes they promised in the last elections.”

“Plus change, plus ç’est la même…”

We’ve lived at Lakeside 65 years. Many things have changed, others stay the same. Rob and I are alive, thanks to nanobots, implants, artificial joints, and the latest bio technology and engineered nutrition. He is 137, I’m 133.

We use artificial intelligence in an embedded brain chip that’s connected to the Internet 3.0. We get information simply by glancing up at our 10th generation Google glasses. What we don’t know or understand, we ask our domestic robot to research from home and he’ll text us.

Lord knows, at this Ojo luncheon, we might need to look up names of a few old movies, actors, writers, and book titles. When you have lunch with Ojo writers, it’s a game of intellectual ping-pong. People play trivia with obscure factoids—some not even true. We intend to have fun at this 75th year reunion organized by Alejandro Grattan, Editor Emeritus.

Although deceased, he made advanced arrangements with the Cryology Bank in Guadalajara to be thawed and rebooted in time for this historic event. He invited the best creative minds from the early 21st century—and then added Ed Tasca, John Ward, Rob Krakoff, Mel Goldberg.

Alejandro stood at the entrance to the Tango. Wearing traditional shirt, trousers, belt and silk neck foulard, he looked great for being dead. The cryotherapy services where he has been for the last 45 years must have top-of-the-line rejuvenation services.

“Can’t complain. Well, I could but I can’t remember why. Woke up with a helluva headache, and lost a few pounds. Apparently this cryotherapy and rejuvenation process puts a little spring in your step. I feel great!”

“Thanks for inviting us. Did you like my latest piece?”

“You know, that reminds me of a story back in Hollywood with John Huston and—”

“Oh yeah, you told me that one. Did you hear the one about the Rabbi, the Italian, and the Pollock sent to the electric chair for murder?”

“Alejandro!” A pretty lady gave him a kiss on the cheek and off he went on her arm, whispering, “You know, this reminds me of the time Errol Flynn and Rita Hayworth…”

John Ward arrived next with his beautiful wife, the dancer Val Jones. Both glided smoothly up the steps, a sure sign they had recently replaced hips and knees. He called to us, “Hey, you two!” John was obviously buying time to remember our names.

Fortunately, the Ojo had supplied us with large print name tags.

We watched the gathering of literary figures. Ed Tasca reached out to greet Mel Goldberg who—while putting on his glasses to read Ed’s name tag—promptly fell into a gaping pothole.

“Come on, let’s get a good table.” We were anxious to learn the Best Article Awards for the Ojo de Lago.

Alejandro Grattan began by thanking his writers for all their fine work over the last 75 years. “You know, it’s getting harder to find good writers these days because of technology. Seventy-five years ago, no one had immediate access to facts and good writing ideas with a click of a mouse. Today, anybody can borrow ideas, and generate great original content.”

He hesitated for a moment, so I spoke up. “Alejandro, what advice do you have for new authors who want to write for the Ojo?”

“Frankly, I’m not looking for new writers. My new editing robot and writing software can do it all. I log on, tell it what I want, and in minutes, it scans all the published articles and writes a new piece using some of the same material—and I get something that’s funnier than before. It even catches those pesky Canadian and English spellings. Then I can retreat to my cryo-pod until the next issue and catch up on my sleep.”

“But, aren’t you afraid of plagiarism? What if a writer recognizes you’ve used his work?”

He scoffed. “First of all, nobody can remember what they read or wrote last week, let alone over the last century.”

The crowd of now obsolete writers began grumbling—getting out of their seats to lunge at Alejandro. But bread was served, so they sat down quickly and grabbed it. A few began chanting for justice.

Others asked him to repeat what he said, since they couldn’t hear.

“Okay, okay, I understand your pain.” He tried to calm the audience. “I want to be fair. How about this, if you spot your writing from a published piece, we’ll pay you the same fee as before.”

The crowd jumped to their feet shouting and throwing food. Others tried catching it.

“Okay, then we’ll double your fee!”

And so it was that the crowd gradually calmed down. Alejandro announced the winning articles and awarded trophies to the writer bots. Someone asked for seconds, taking his promise of double pay to heart.

A Hover Van from the Cryology Bank arrived to take him back. I felt sad that we might not see him again until the 100th anniversary, but glad he was in such great shape after being kept on ice for so long.

Ed. Note: The real Ojo Awards Luncheon, our 24th, will take place on September 18, noon, Tango Restaurant. Zombies will not be admitted. 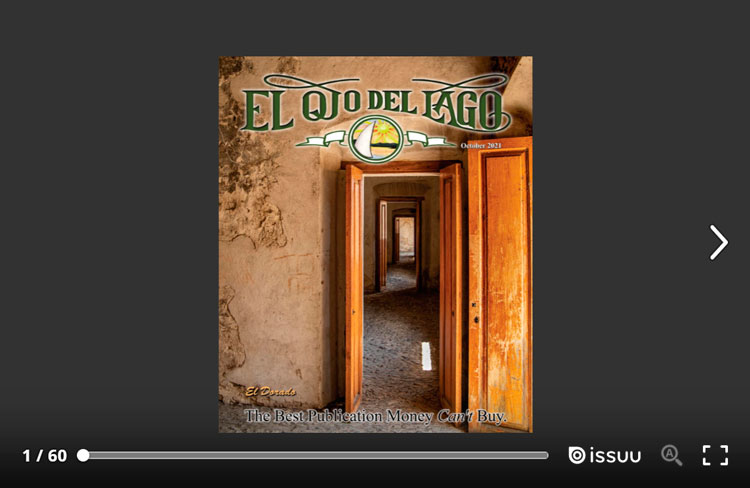 EL OJO DEL LAGO
News, Interviews, Events From The World's Best Climate, Lake Chapala     You can now respond to any article here on our 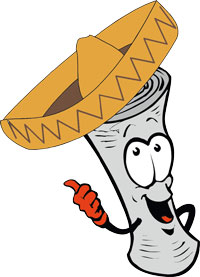 The Ojo Internet Mailbox
THE OJO INTERNET MAILBOX (Wherein we publish some comments about our previous issue.)   MEXICO—Better And Healthier Than People Think! DREARLE 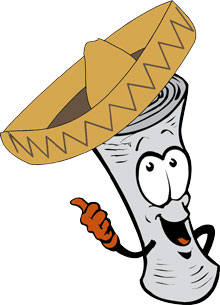