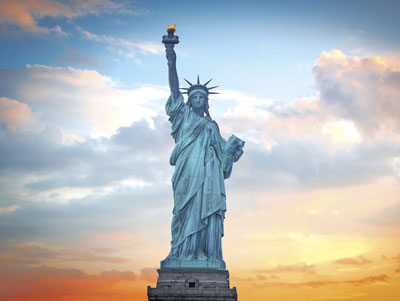 As I write this editorial, the United States is wrapping up an election unlike any in our history. By the time this magazine hits the street, the voting will be over. Thankfully.

I remember a time when I looked forward to election results. But I believe there are many readers out there who are sick of talking about, hearing about, and reading about this election. As am I.

This election has exposed the dark side of American politics. Yes, there has always been some degree of mud-slinging, but previously unacceptable behavior now seems to have become the norm, the line between fair and foul obliterated.

While I used to look forward to browsing through my e-mail, now there isn’t a day that goes by that I’m not inundated with requests for donations—for candidates running for office in states I’ve never even lived in! How, I wonder, did some of these people get my e-mail address? It has reached the point that I’ve begun to click on my e-mail icon with a sense of dread.

Although I love the country I was born into, I dislike what it has become. And I point my finger at no one, believing that, much like the coronavirus, an unknown and uncharted strangeness has blanketed all of us. Now, it is almost impossible to find out if the information I am reading is correct. Is it true? Is it false? Is it an intentional lie? A conspiracy? Is it dark web? And what about alternative facts? Faux news? Fake news? I read a lot, but my latest reading has been “How to identify fake video, and the difference between fake video and deep fake video. False information and how to spot it.” I want simply to read; I don’t want to have to do an analysis of everything I read. That is the job of journalism’s fourth estate.

What has happened is that when it comes to government, no one knows who or what to believe anymore. This is from ALL sides of the political spectrum. Not only have today’s tactics led to confusion, they have also led to the breakdown of trust on so many different levels. People don’t know what to think, what to believe. Even people who are trained critical thinkers shake their heads in frustration.

In my mind, there is a big difference between politics and being elected. No matter who “wins” this election, we all lose. Because on the first post-election morning, all the politicians who didn’t win—and even those who did—start running for the next term. No real work of governing is being completed because doing the work they were elected to do always takes a back seat to the next campaign.

Mexico and Canada have a set amount of time candidates can run their campaigns, and that’s it. If I’m not mistaken, it’s 90 days. To me, that is perfect. Also, no work on election day and bars being closed sound like good ideas to me. In my political world, there would be no advertisements in commercial media. And why not put a cap on campaign spending? There’s too much need in our country to throw millions of dollars at a solitary and self-promoting event. Each party could have their own network with 24-hour programming, educating the public on the party policies and proposals. Citizens could watch these channels to help them make informed voting decisions. And candidates could have their websites, too, where there would be no mention of the other candidates other than comparing and contrasting policies. Their children, their spouses, etc., should never be discussed. Only the issues.

And finally, popular vote rules. In this day and age there is no reason for voting to be difficult, restricted, or interfered with. Voting should be mandatory. After all, our government is supposed to represent the will of the people. It is supposed to meet the needs of the people, to see that they can find jobs and support their families, ensuring all Americans live in peace and harmony. Our greatest responsibility is to vote.

I am a citizen, but to me the USA is lost. And it is not just that I left it, but I feel as though it has left me. I keep asking the same question over and over again: What has happened to my country? The people, our citizens, are basically good people. But to see, experience, and watch, I wonder where humanity has gone? I wonder where the spirit of inclusion and welcoming has gone?

If only we and our elected leaders could leave all this acrimony behind and return to the sentiments expressed in the inscription on the Statue of Liberty which once defined us as a country and filled our hearts simultaneously with pride and humility and, not infrequently, our eyes with tears: “Give me your tired, your poor, your huddled masses yearning to breathe free, the wretched refuse of your teeming shore. Send these, the homeless, tempest-tossed to me, I lift my lamp beside the golden door!”