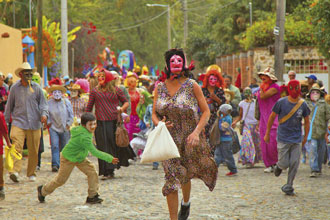 Prior to settling here in 1987, I had spent the previous 25 years laboring in the vineyards of the American film industry. Hollywood was then (and still is) famous for its colorful characters. However, as I already knew, Hollyweird (as it is called by some blue-nosed observers) had absolutely nothing on our own little corner of Mexico.
I knew that because of having first briefly visited Lakeside in 1963. Back then it was a haven for beatnics, one reason being that you could buy some of the makings of anything in a local drugstore! The Queen of Lakeside was the famous British actress Judith Anderson, (who had played the malevolent housekeeper in Alfred Hitchcock’s Rebecca) 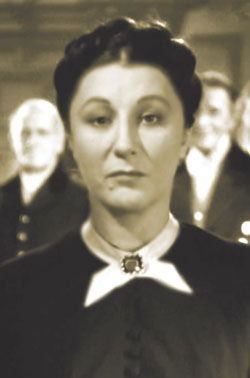 One night, while under the influence (of one thing or another), she had a chair placed on a barge, and as her anxious young Mexican acolytes rowed like the prisoners in the movie Ben Hur, serenely set forth for the south shore of the lake as majestically as Cleopatra must have appeared as she floated down the Nile. Unfortunately, there was no easy way to steer the barge and once out on the water it kept making U-turns until the “Queen,” by now totally exasperated, ordered her loyal crew to Abandon Ship!

Then there was Ray Rigby, once one of England’s most-illustrious screen-writers. Having squandered his fortune, and now reduced to getting by on a pittance of a pension, he wrote in desperation to the British PM. The letter purported to come from a “third-party,” and spelled out the depths to which Rigby had fallen. To my jaded eye, the note seemed something right out of Uncle Tom’s Cabin, the only thing missing was an infant abandoned in a snowdrift. 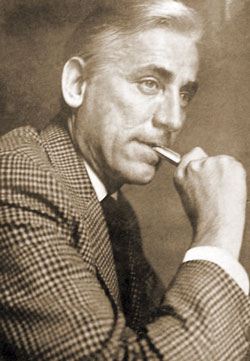 The letter ended by imploring the PM to either drastically increase Rigby’s pension or at the least grant him an Order of the British Empire. Ray asked that I personally sign the appeal.

Two months later, I received a letter marked “10 Downing Street.” It was from the PM’s personal secretary, advising that the Prime Minister, touched by the plight of one of Britain’s most illustrious subjects, would personally look into the matter. Weeks later, Ray received notice from the pension department that “at the personal instigation of the PM herself, we have looked into your folder--and unfortunately find that we have been over-paying you for several years. Hence, we must deduct 25 pounds per month until the short-fall is made up. Sincerely Yours.” A short while later, Ray passed away. I still wonder if the two events were related. I still miss him, even after all these years.
Another Lakeside character was Ian Fitzgerald, who often spent hours in the Ajijic plaza sipping wine from a goatskin. I once asked him why he drank so much. Peering at me as if I were a retarded child, he said, “Because when I drink, things look better to me. When I drink a lot, people look better. And when I finally get drunk, even you look a little better.” I tried to never again ask my friend another stupid question.

Then there was the gringo who announced that he was going to end his life by walking out into the lake. But a hundred feet into the drink, he became hopelessly entangled in the lirio and what had seemed a tragic suicide attempt instead became a slap-stick comedy routine.

Or the grande dame, (formerly a ballerina in Russia) who at age 80 rented a huge theater in Guadalajara to render a farewell performance. The audience stopped counting after she had fallen down for the tenth time, but had to stand in awe of her courage.

Or the well-known screen character actor who in the company of formerly famous screenwriter Ray Rigby (previously mentioned above) was in the habit of crawling from one cantina to another. Once, told that Ray was again “thirsty,” the actor’s wife beseeched me not to tell her husband. She was tired of having them arrive at dawn on her doorstep “yammering like old Walter Brennan.” It seemed both men sometimes lost their false teeth over the course of an evening, and she was tired of buying her husband new dentures.

Today, Ajijic is much more respectable. But every now and then, I miss the good old days. Which were never really that good—but certainly a bit more colorful.