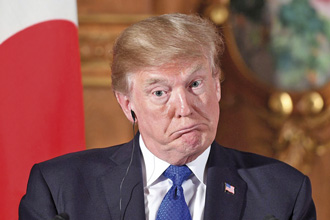 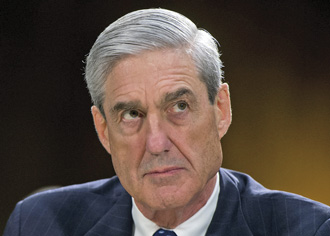 The charges now pending against President Trump and many of his closest associates by Special Counsel Robert Mueller involve Collusion with a Hostile Power, Lying under Oath, Obstructing Justice, and Money Laudering. The matter of Trump and/or his representatives colluding with Russia in order to rig the election the president’s way is as yet unproven—though Trump’s oldest son, Don Junior’s meeting during the campaign with a Russian lawyer whom he thought had some dirt on Clinton (e.g. his gleeful e-mail that corroborates this) certainly is leaning strongly in the direction of guilt.

Another incriminating factor, this one falling under Obstruction of Justice, is that President Trump, upon hearing of the meeting, dictated a cover story that the meeting had been only to discuss the matter of Russia’s child adoption policy. Can you imagine that three of the most important men in the Trump campaign dropped everything to attend such a trivial meeting?

What has been proven, however, beyond the proverbial “shadow of a doubt” is that Russia made a major attempt to influence the 2016 presidential election in the United States. This is the strongly-held conviction by all seventeen of the intelligence branches of the government of the United States, including the Central Intelligence Agency, and the National Security Agency. It is also the opinion of the intelligence agencies of several foreign countries, including Britain, France and Australia. And as if more proof was actually needed, Special Counsel Mueller has just secured the indictments of 13 Russian nationals for being actively engaged in trying to affect the last presidential election.

Whether such Russian interference actually decided the election is harder to gauge and even now remains an open question. But beyond doubt is that Russia’s meddling with the US election greatly favored candidate Donald Trump for many reasons, two of which were: Putin openly despised Hillary Clinton and felt that Trump would be far more inclined to drop the severe economic sanctions that former President Obama had leveled on Russia because of its military actions against the Crimea and Ukraine. That assumption has proven to be correct.

Trump’s mistake: rather than take with enormous seriousness the findings of the aforementioned major intelligence agencies regarding Russian interference with the 2016 presidential election, the president called it “fake news” devised by Democrats trying to invalidate his election. This would indicate that Trump, never before having been in the halls of power in the federal government, suddenly knows more about international espionage than all the aforementioned intelligence agencies.

Such myopia has resulted with Trump failing to establish an investigation into these systemic hostile acts by Russia in what might constitute nothing short of “acts of war.” There is also ample evidence that Russia hacked into the election systems of no less than 39 states—and is still trying to divide the electorate with insidious trolls and bots.

Trump has become notorious for many things, one being that he often cannot remember what he said the day (or hour) before—and so seems to have forgotten that during the campaign he openly pleaded with Russia/Putin to find incriminating Clinton e-mails and send them to him.

By failing to even acknowledge any of this, the president has guaranteed that Russia can continue to contaminate American elections and thereby pervert what is one of the cornerstones of democracy: the right to free and honest elections.

A Republican-dominated Congress recently passed harsher sanctions on Russia, but Trump has refused to enforce any of them; and why not? One of the last times President Trump had a face-to-face meeting with Putin, he asked him if the hacking was true, to which the Russian leader (of course) answered “certainly not!” For Trump, that settled the matter, making him seem either comically naïve or complicit in the crime.

Concerned Americans must ask . . . why!? The logical answer is: Trump wants to continue reaping the benefits of Russian amity, especially the Kremlin keeping a cap on the now infamous “Russian/Steele Dossier,” which allegedly contains highly salacious personal material about Trump’s activities on his many business trips to that country. Is it any wonder that the not-so-faint stench of blackmail is in the air?

Trump’s failure to act against the Soviet Union goes far beyond malfeasance and ineptitude; indeed, some might call it treason. This is, of course, an extremely serious charge and one not to be bandied about loosely, as Trump recently did when he openly considered whether those politicians in Congress who did not applaud during his recent State of the Union should be charged with Treason! He seems not to know that our elected representatives in Congress have sworn their loyalty to the Constitution of the Unites States and not to him personally.

Final Note: Anyone who has ever taken a college course in Psychology 101 knows that a man facing an investigation will react in different ways, mostly depending on his innocence or guilt. The innocent will say “Bring it on. The investigation can only prove my innocence.” Conversely, the guilty will try to forestall the investigation, or cripple it by impugning its motives; also casting doubt on the credibility/expertise of its investigators or (if he has the power) threaten to conjure up a way to have them all fired.

Anybody come to mind?