A Land Beyond Time 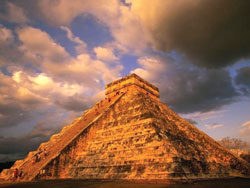 As a friend of mine would say “From his mouth to God’s ear.” Many Nations have been through tremendous upheaval in the past year. Between wars, uprisings, and economies I feel the world is weary. I am weary.

As a New Year begins, I wish to be filled with hope and renewal.

See the faces of the young Mexican children and I wonder what their future holds. I worry about their economy, their education, and their future. Many of the expatriates living at Lakeside already know that school is only mandatory through the sixth grade. After grade six, impoverished parents must pay for education, uniforms and school supplies. Many of the families have many children, and therefore, opt to cease their children’s education.

How far can they go with a sixth grade education? A man I hold in high esteem engaged me in conversation recently. This man has a small family, and he has emphasized education for his children. He works two full-time jobs and any job he can pick up in his modest “free time.” His son will go to Universidad. His eyes twinkle and there is a large pride-filled grin upon his face. Knowing that he can only write his name, and cannot read only adds perspective to the grandness of his pride.

My husband and I help to pay for the education of one girl who now attends preparatoria. Without, what to us, is a modest investment, she would not be in school. And we have committed to aid in her expenses when she attends Universidad. Then we will have two Mexican women studying in Universidad.

I would like to challenge my fellow expats who come from countries blessed with public education to become involved in helping those worthy children through school, to give them a better opportunity to improve their lives, not only for themselves, but for their families. This is a hand-up, not a handout.

While many worthy organizations help the children with medical needs, and this is very important, let us not forget the importance of education for those children who are well, but whose families cannot afford their meager tuition and the fees for uniforms and supplies.

There are organizations at Lakeside that will help you chose a child to sponsor. Some will pay the tuition for the children of their maids and gardeners – and do so by going to the school to pay the tuition directly. Others have gone to school and paid tuitions for children the schools have identified as needing help, and have done so anonymously. In whatever way we can help, we should, in the spirit of this Maya time of Pacha, in the beginning of brotherhood, help educate these children.

The man I spoke of earlier? I know that where he works, they put a special mark on his time card so he knows which card is his. His memory is nearly perfect. His enthusiasm is boundless. Had his parents had the money to pay for his education, he would probably be the Presidente of Chapala. Who knows, maybe someday his son will be that, or more.

Success In 24 Hours!
Success  In 24 Hours! Written by Carole and Terry Baker   Welcome to the Spring 2015 edition of the Jaltepec Centro Educativo newsletter,