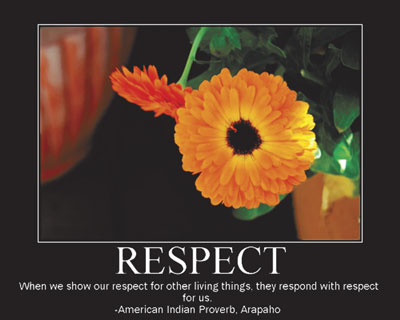 The morning rain was heavy, leaving the street gutters swollen with water. I was walking my normal Sunday morning route when I saw a pair of sweet young Mexican girls. One was about five years old, the other, about 18 months. The older one was leading the younger around the puddles in the street. When they reached the rain swollen gutter, the older girl with what looked like all her strength, lifted her little sister perhaps all of five inches in the air, and placed her on the sidewalk so her feet wouldn’t get wet. My heart melted. So often I have seen the loving ways in which the Mexican family interacts. I never saw it in the families I saw in the United States. Not even my own.

Here, I have seen teenage sisters embrace in public, and hold hands as they walk to their destinations. I’ve watched teenage boys carrying a younger brother or sister, niece or nephew upon their shoulders—in front of their friends! I’ve seen mothers hold hands with their teenage sons, and grandmothers helped across the street by their grandchildren. In Mexico, family matters.

Another thing I’ve witnessed has been the respect in Mexico for people. Strangers seem to always smile and greet other strangers. Doors are held open, pathways are cleared, and there are rules of social interaction I have learned that would only improve interactions in the other cultures.

Take standing in line at a bank. No matter how long the line, elderly or handicapped people are often allowed to move ahead. When I first came to Mexico, I did not recognize it, and responded with my “Hey, I was here first” attitude. But then I began to understand and respect it. And, when I was injured, and found myself in line once, it was me who was the one they moved to the front. It didn’t matter that I was a “Gringa.”

In traffic, I have also seen Mexican drivers allowing people to merge into traffic, or go first at a stop sign. I guarantee that would not happen in Minnesota…even if it is rumored to be repleat with “Minnesota nice.” OK, once allowed into Mexican traffic, they may drive past you like a bat out of Hades, but generally they are polite. I’ve never had a Mexican flip me the bird. (Can’t say the same for the guy with South Dakota plates a few weeks ago!)

I have even seen a few Mexicans on their “bad days.” I saw one very disturbed about a situation. I admit, my Spanish wasn’t good enough to understand everything he said, but he made his point and walked away. But even so, he did so with respect, and restraint.

I volunteer in a place that employs seven Mexicans. Each one of these people holds at least one other job. They work from very early in the morning to late at night six or seven days a week. Their lives are not always easy. Yet their days are filled with laughter, hard work, and I often hear whistling, humming or singing while they work. In watching people wherever I go, I see the same.

Their lives are not easy, they deal with difficult living conditions; some of their homes have no windows, others have only dirt floors. Their homes often house many generations of family. Often you will find that they are dealing with health problems, in addition to economic, yet I see them approach their lives with openness, love and gratitude.

I cannot say the same about many of my fellow ex-pats, nor the citizens of the country I have left behind.