A WONDERFUL WRITER—Once in Our Midst 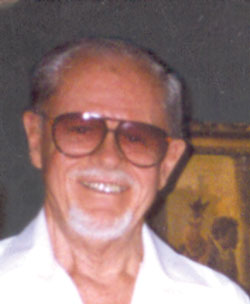 Paraphrasing Mr. Shakespeare, I come not to re-bury Jim Tuck, but to praise him. My reasons are two-fold: his books The Holy War in Los Altos and John Reed and Pancho Villa.

With regard to the first, I have rarely read non-fiction that had all the ingredients of excellent fiction: high drama, vivid characters, a momentous time in history, which quickens the heart, and satisfies the soul.

To give you some idea of the majestic sweep of the book, it might be instructive to quote a bit of the material from its inside jacket.

“Mexico’s Revolution brought a new Constitution in 1917, with repressive measures aimed against the Church. In bastions of Catholicism like the Los Altos area of Jalisco, the escalating enforcement of such laws was met with active resistance that grew into armed revolt.

“Heroes and quislings, intrigues and betrayals, spirituality and machismo... all of these elements came into play during the drama that unfolded in Los Altos -and Jim Tuck captures them in a fast-paced style that truly provides engrossing reading. Here he has managed to bring to life not only the urgency of historical events, but also the personalities of its participants.”

The book, in my opinion, bears some resemblance to Graham Green’s classic The Power and The Glory, but where the famed British novelist saw only persecution, duplicity and corruption, Jim Tuck also finds irony, humor and a sad condition common to all peoples, not just the Mexican. It is well known that Graham Green detested Mexico; it is here equally obvious that Jim Tuck loved it, though as a doting uncle might a troubled and troublesome young nephew, who for all his past foibles nevertheless has a brilliant future.

I am reminded of a story I once heard about lreland, a country which, like Mexico, bears many scars. Both have lived under the tyranny of oppressors, both have deep if often strangling roots in the Catholic Church, and both still struggle to this day to overcome the dark shadows of their own negative perceptions about themselves.

Anyway, back to the story: seems a visitor to Ireland, taking the measure of what some have called “The Fractured Emerald” remarked to his guide that he was at a loss to understand why the country had such a great and wide-spread reputation. lreland seemed to have little heavy industry, a blighted agricultural system, and nothing by the way of exceptional products. “What do you make here that gives Ireland such a reputation?” the visitor asked. “Ah, we manufacture characters,” the Irish guide replied. “And our exports are among the most interesting in the world.”

The same, I think, can be said about Mexico. This nation without its people would surely seem one of God’s more poorly cast productions. And if you think this a truism that might be said about anyplace, I cite the case of the capital of France. Paris without the Parisians would seem nothing short of God’s own playground.

About Mexico and Jim Tuck’s second book. It’s called John Reed and Pancho Villa, and is, in my opinion, an even better book than his story of the Cristeros. For this second book has in its starring cast two of the most spellbinding men of the 20th century. They were also a couple of its most quixotic, and both died mourning the death of revolutions they had given their lives for. Hence, theirs is the stuff of Greek tragedy, and in the author’s able and artful hands, the story reads like one.

I have tried to analyze exactly what it is that gives this book its unique power. Certainly meticulous research has laid a strong foundation, and a graceful, indeed often elegant style, has laced the story with great beauty.

But there is more here than simply the craft of an accomplished wordsmith, a sturdier stuff to this literary edifice than just the standard brick and mortar which intensive research and a lyrical style have brought to the book.

Jim Tuck’s secret, I suspect, lies in his approach to the material. Not content to let historical events and personalities speak for themselves, he resembles not so much a biographer as a highly intuitive detective. Time and again, he pursues various subtle and elusive clues in both the background and psychological makeup of Reed and Villa, trying to understand why they did what they did, and then reacted to what they had done in such honorable but life-threatening and career-destroying ways. Such sleuthing methods have led the author to concentrate on a pair of elements which are the prime ingredients in all compelling characters who have led a larger than life existence: complications and contradictions.

John Reed, the social dilettante and literary gadfly who found something akin to religion in the Russian Revolution, and then died deeply disillusioned when he discovered that there was no Worker’s Paradise in the USSR; Pancho Villa, the bandit and former meat butcher, who found fame and respectability in a popular cause, and then was murdered by fellow revolutionaries when he found it impossible to make his peace with some of the very people he had put in power.

That both these quixotic and fascinating men once met in person must have been an event which most historians can never hope to adequately reconstruct, but Jim Tuck has given us such marvelous insights into their powerful personalities that is much more than most readers could ever hope to find in a single volume.

(Note: Jim Tuck, a long-time, enormously popular Ojo columnist, passed away some years ago but his books can still be found in the Local Authors Section of the LCS library. Needless to say, we highly recommend all his books. But don’t take our word for it. The following quotes from two of America’s most famous literary figures speak for themselves.)

“In retrospect it is hard to believe that a demagogue like Joe McCarthy could have intimidated the American people; but Jim Tuck’s compelling account of the alliance between McCarthy and William Randolph Hearst helps explain why so many normal Americans succumbed to panic nearly half a century ago and resorted to witch hunts and blacklists.”

“Tuck’s sharp-eyed, relevant for today (alas) account of Joe McCarthy’s fling with the press is as fascinating to read as it is somber to brood upon.”