We had removed the back seats and loaded up our Toyota RAV with everything important to us that would fit, inside and on top. Heading for the border of Mexico past San Diego, I bid my home state and country goodbye.

The first thing I noticed once we passed the border, were the road signs. Different from California in design, they were much bolder and larger. Also, as we approached towns, there were “speed” bumps. Not the little wimpy ones California has that you can pretty much fly over, but huge ones the size of half a basketball! The placement of the warning signs for these bumps is different as well. Usually, you would have at least 100 feet of warning before coming to the bumps. Here there was less than 10 feet! So, when we hit our first set of speed bumps, it was epic!  We had to pull over to re-adjust our load and check our axels for cracks.

We had many miles of desert driving, and we learned quickly that no one adheres to the posted speed limits (which are in kilometers), especially the truck drivers!  Everyone drives VERY fast! We had some narrow escapes with semi’s travelling side by side coming toward us on a single lane. Thank goodness, there was usually a large “shoulder” to pull into out of the way, as they barreled through without slowing down. I had my camera ready by the third time this happened and later, posted it on You Tube… http://www.youtube.com/watch?v=4iDCqn0rwlU

Before we left on our road trip, we bought a brand new Tom-Tom. This is a  GPS (Global Positioning System) which touted that it had all of the United States and Mexico roads mapped out, so we figured there was no way to get lost with this device on our dashboard telling us turn by turn where to go…… we were wrong!

Driving around in the larger cities of Mexico, I found that being hyper alert is the safest way to go. The intersections and “roundabouts,” or as the locals call them, “glorietas,” are maddening! I never liked the ones in California either. I learned by watching the flow of traffic, that if you stay at the same speed and keep no less than an eight-inch distance between your car and the vehicles around you, you’ll be ok, because everyone else seems to be doing the same thing which doesn’t leave much room for mistakes.

We arrived in Monterey after dark and spent the night at the first hotel we saw. The next morning it was pouring rain. We went in circles for two hours ( I’m not kidding) trying to get back on the highway. There was an enormous amount of new construction and Tom-Tom was useless.  Finally, after seeing the same landmark go by for the fifth time, we stopped at an OXXO where a taxi driver was sitting in his cab eating a sandwich.  His name was Juan. My husband hired him to get us out of the city and back on the right highway.  He led us around, under, and over the road constructions, through rain and heavy traffic.

We never would have made it out of there without Juan. We decided then, that taxi drivers were our best friends. Tom-Tom= NO! Juan-Juan= YES! 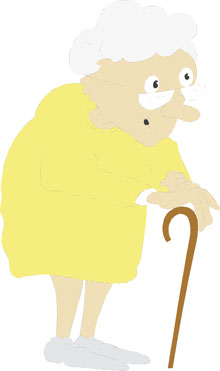