By Scott Aronowitz
This email address is being protected from spambots. You need JavaScript enabled to view it. 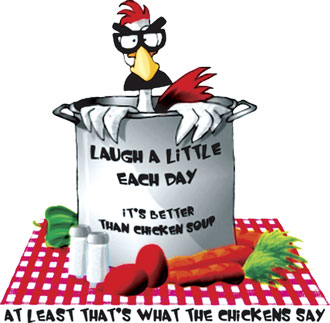 Look at Jewish history. Unrelieved lamenting would be intolerable. So, for every ten Jews beating their breasts, God designated one to be crazy and amuse the breast-beaters. By the time I was five I knew I was that one. –Mel Brooks, born Melvin Kaminsky

Isaac Asimov is widely, if inaccurately, credited as the most prolific writer known to modern publishing.  In addition to his volumes upon volumes of science fiction (a few of which are even good, well-written stories), his celebrated contributions to broader knowledge of the natural sciences aimed at laypersons, his geographically and chronologically appended overviews of both the Old and New testaments, and his often puzzling entries into all but one of the remaining dectiles of the Dewey Decimal System, he authored four books on 20th century American humor featuring several of his own jokes, quips and limericks.  Why?

Some would respond that if the late Dr. Asimov had an interest in the subject, he would eventually get around to researching and writing a book about it.  Not at all a flawed argument, given his bibliography, but I would contend that the explanation is more innate.

He was a writer.  He was Jewish.  And there are laws.  Ancient laws.

Few people alive today apart from the men (and men only) of the communally cloistered Orthodox Jewry of Israel can honestly claim to know for certain all of the alleged 613 commandments of the Talmud.  Some of us were even led to believe there were only 10, and that they all appear in Exodus 20:2-18.

My last Hebrew school teacher was resolvedly more studied than most, and every now and again his desire to share some of the more obscure constructs of the pedagogy of Jewish history coincided with my sporadic ability to stay awake and pay attention for two additional hours on a Tuesday after six hours of oh-so-edifying public school required by law. (And yes, I do deserve special credit for this, as I suffered from ADD long before it had a name, and there were many a day, not a few of them Tuesdays, when it was nothing short of divine intervention that kept me awake beyond homeroom.)

And believe it or not, I actually began the whole Asimov/humor diatribe intent on making a point.  Somewhere in the Talmud, I am fairly certain, is a commandment stating that, if one is by trade a scribe, and one is Jewish, then at some point in one’s career, one must publish a volume, publicly deliver a sketch or set, author a screenplay or develop a TV series that demonstrates the integral component of Judaism that is humor.

(What’s that?  You say the Talmud never mentions screenplays or TV series?  I will concede the point if, and only if, you present, in writing, all 613 commandments of the Talmud, accurately translated into modern English and irrefutably lacking any mention of 20th-century technology. No?  Then pipe down and let me finish.)

Okay, I admit that I may have taken some liberties with my interpretation of Talmudic doctrine.  And Issac Asimov’s motivations for publishing books on humor.  And that sweet, little red-haired ingenue back in college.  (Just ignore that last one.) You may be surprised to learn, however, that this is NOT the first article ever written on the subject of Jewish humor.  And let’s face it: there are only so many unique ways in the English language one can say, “Jews are funny.”

And since, in spite of the tangential fake history lesson, you are still reading, we can agree to move on before you decide you have some important paint to watch dry.

Giving the boot to the lecture format, we can say that the Jews, as a people, have not had the easiest of times.  Long before we had our own country, we got kicked out of homes, off of land and even off of entire continents.  Prior to our dominance of entertainment and mass communications, we often found we couldn’t even get Gentiles to listen to us because we were the “other.”  There’s simply no way any widely scattered group of people that shared a common heritage could have survived since the time of Abraham without fortitude, resistance, the willingness eat nearly anything when necessary and, yes, an indomitable sense of humor.

Alas, our cup runneth over.  So far over, in fact, that we’ve flooded well beyond the field of what is historically known as “Jewish humor” and left our collective mark on the funny bone of all humanity.  Fan of classic Marx Brothers farces?  All four, and even self-exiled Gummo, were devout Jews their entire lives.  And yet, nary a religious reference ever made it into any of their films.

Woody Allen may exemplify the nebbishy, neurotic Jew better than anyone, but four decades later the population at large remembers Annie Hall not for Alvy Singer’s handful of self-loathing stand-up lines, but for the great lobster chase and the sneeze that disintegrated three thousand dollars worth of cocaine.

Never missed an episode of “Seinfeld?”  Jerry and co-creator Larry David descend from the Tribes.  Ditto Michael Richards (Kramer) and Jason Alexander (George).  And even Frank “Serenity now!” Costanza and his incomparably shrill wife Estelle, Italian as their fictional surname may have been, could only have been played by Jewish comedy legends Jerry Stiller and Estelle Harris (ne Nussbaum).

Which is not to say that strictly “Jewish” humor hasn’t had an impact.  All those familiar with genuine Catskill Mountains resort culture—and alas, there are still plenty of people who’ve received their entire “Borscht belt” education from Dirty Dancing—understand that no one can capitalize on uniquely Jewish quirks and stereotypes quite like those comedians who all managed to sound like everyone’s great uncle Seymour after his third glass of Hiram Walker.

And as I mentioned earlier, this is not the first article ever written on the topic of Jewish humor.  Nor is it likely to be the last (although I am retaining the rights, so I’ll probably just recycle it indefinitely).  Because as long as Jews are persecuted, or even feel persecuted, or have anything at all to complain about.... as long as anti-Semites and anti-Zionists have a forum for their blind hatred (and isn’t the Internet age the gift that just keeps on giving?).... as long as some pandering pol insists on reminding his constituents that “some of my best friends are Jews!”.... as long as “that mamser across the street just had to say ONE MORE THING and he was done for!”.... we will continue to rely on humor to express our outrage, pain, indignation and, yes, even occasional joy the way only humor can. 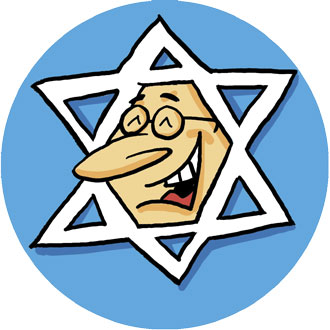 And now, your reward for having read this far, or otherwise having been savvy enough to skip to this point, here is a sampling of timeless quotes from that endless array of Jewish comics, writers, philosophers, etc., all of whom fulfilled their Talmudic duties in contributing to the annals of humor, in these cases all in the English language, and some (just some) not even making any references to Judaism or its adherents....

First off, it seems only fair to include one of Dr. Asimov’s personal favorites, from his own Isaac Asimov’s Treasury of Humor: “A man is sitting in a movie theater watching a comedy-mystery.  In the row directly in front of him sit another man and, in the seat next to him, a dog.  Any time there is a visual gag or a verbal joke, the dog howls with laughter.  Whenever the villain enters the frame, the dog begins growling softly but contemptuously.  As the end credits are rolling the man taps the dog owner on the shoulder and says, ‘Sir, forgive me, but I have never seen anything in my life like your dog’s reaction to this movie!  It was incredible!’  To which the dog owner sighs and says resignedly, ‘Yeah, go figure.  He HATED the book.’”

“I think men who have a pierced ear are better prepared for marriage. They’ve experienced pain and bought jewelry.” –Rita Rudner

“When my daughter visits her boyfriend, she’s like Federal Express.  She absolutely, positively has to be there overnight!” –Rodney Dangerfield

“Outside of a dog, a book is a man’s best friend.  Inside a dog, it’s too dark to read.” –Groucho Marx

“I once asked my husband, ‘Why don’t you call out my name when we’re making love?’ He replied, ‘Because I don’t want to wake you up.’” –Joan Rivers

“What did the waiter say to the table of Jewish women? ‘Good afternoon, ladies.  Is anything here okay?’” –unidentified Catskills stand-up comedian

And my personal favorite, which I’ve heard attributed to at least six different comedians, but which I’m pretty sure originated either in the Catskills or in an NYC comedy club: “Jan. 20, 21__: The first Jewish man ever to be elected President of the United States is about to be inaugurated, and while tens of thousands of people are amassed in front of the Capitol Building for the historic event, the man’s mother is in her rightful spot, a comfortable chair in the front row of the makeshift bleachers atop the stage.  Seated next to her is the recently confirmed incoming Secretary of State, a genial man in his 50s.  She leans to him and whispers, ‘You see that man standing next to the Chief Justice?’  He giggles softly and replies, ‘Yes, of course.’  ‘Well,’ she tells him, beaming, ‘his brother is a cardiologist.’”