DEAR CAROLYN: I am an eight year old school boy. I was born one month after my parents got married and weighed eleven pounds. I am normal except my right arm is six inches longer than my left. Why?

DEAR EARLY: You may have stretched your right arm by trying to hang on until after the wedding.

DEAR CAROLYN: I am an eighty-two year-old widower. I suffer from hemorrhoids, arthritis, flatulence, diabetes, heart disease, dizzy spells, halitosis, high blood pressure and incontinence. My problem is that my hair is thinning. Do you think it’s a sign of something serious?

DEAR HAIR: Yes I do. Thin hair will definitely reduce your sex appeal.

DEAR CAROLYN: What is testosterone?

DEAR HE: Not what but who. Angelino Testosterone (1899-1952) was a well-known Italian tenor who died due to a prolonged orgasm he contracted while performing the role of Alfredo in Giuseppe Verdi’s La Traviata.

DEAR CAROLYN: Some years ago I met Eduardo on a double date. He swept me off my feet and we eloped. Soon I discovered that he was already married so I sent him packing. Later I heard that he had died so I got married again to José. Then I discovered that the rumour that Eduardo had died was not true. Shortly after this, José passed away. My questions are: Am I a widow? Am I a bigamist? Who is my real husband—Eduardo or José? I must know these things so that, during confession, I can tell Father Alonzo with which man I committed adultery. Also I need to know if I must get divorced before I can marry again as Eduardo wants to rekindle our old romance.

Ask Carolyn - May 2010
Ask Carolyn By Carolyn Comedo   DEAR CAROLYN: To say my husband snores is an understatement. He simultaneously sounds like a motorcycle, a runaway

Ask Carolyn - March 2010
Ask Carolyn By Carolyn Comedo   DEAR CAROLYN: Some years ago I met Eduardo on a double date. He swept me off my feet and we eloped. Soon I discovered 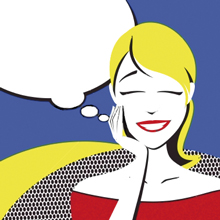